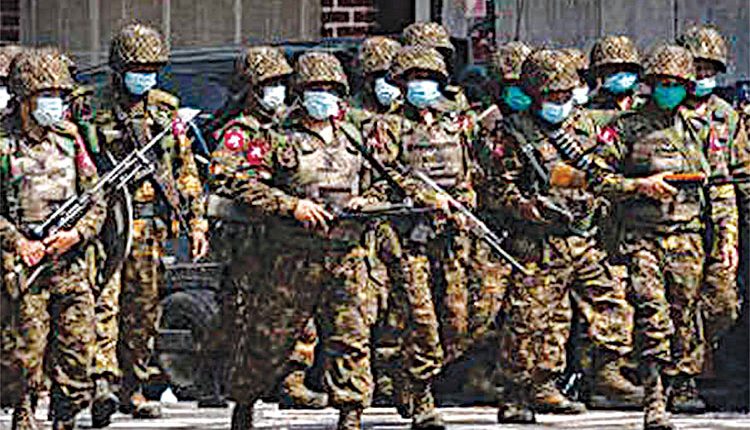 Naypyitaw, Mar 10 (FN Agency) Myanmar’s military detained two journalists and raided a further two news outlets on March 8 as the military continues its onslaught to quell media coverage of nationwide protests. According to an International Federation of Journalist (IFJ) report, Kamayut Media’s co-founder, Han Thar Nyein, and editor-in-chief, Nathan Maung, were arrested by the Myanmar military on March 8 during raids of their offices in Yangon. Witnesses reported seven military trucks were involved during the raid on the independent media organisation. The arrests follow the death of a second National League of Democracy (NLD) figure since the military coup began. Zaw Myat Linn, an official from deposed Myanmar leader Aung San Suu Kyi’s party died on Monday 8 in custody in Yangon, following his arrest on Tuesday,

Footage posted to social media showed further raids on Mizzima News and the Democratic Voice of Burma (DVB) offices after nightfall, also on March 8. The raids followed a raid earlier in the day on Myanmar Now’s offices and extensive media shutdowns ordered by the military, with the five major media outlets’ licenses cancelled, all of which have provided extensive coverage of the ongoing coup. In its announcement, the military said that five news outlets – including both Mizzima News and the Democratic Voice of Burma – were “no longer allowed to broadcast or write or give information by using any kind of media platform or using any media technology”. Despite this, many continue their coverage online.