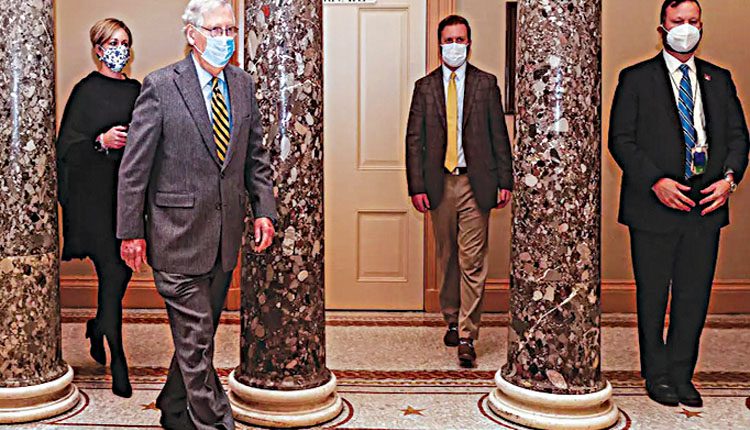 Moscow, Dec 31 (Sputnik) US Senate Majority Leader Mitch McConnell on Wednesday rejected a Senate proposal to pass legislation that would increase coronavirus relief checks for US citizens from $600 to $2,000 and said that the issue should be tied to creating a commission to examine the integrity of the presidential election and removing a legal shield for internet companies. Earlier this week, the US House of Representatives has passed relevant legislation to provide Americans with $2,000 stimulus checks in an effort to offer financial relief during the COVID-19 pandemic after President Donald Trump threatened to veto the previous spending package that envisioned $600 in payments.

“The Senate is not going to split apart the three issues that President Trump linked together just because Democrats are afraid to address two of them,” McConnell said on the Senate floor, as quoted by the CBS News broadcaster. The majority leader added that the bill had “no realistic path to quickly pass” in the Senate. McConnell also objected to an attempt made by Senate Minority Leader Chuck Schumer to approve the bill by unanimous consent by blocking a request for quick action in the upper chamber.