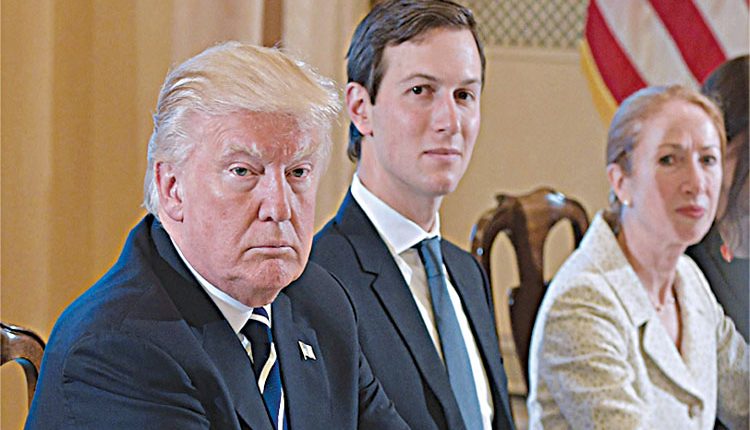 Moscow, Dec 4 (Agency) A top fund-raiser for the campaigns of US President Donald Trump and a lawyer for his son-in-law, Jared Kushner, were under the investigation into a possible White House-linked bribery-for-pardon scheme, The New York Times reported, citing sources familiar with the inquiry. On Tuesday, US District Judge Beryl Howell unsealed court documents about an alleged scheme that involved a substantial political contribution in exchange for a presidential pardon or reprieve of sentence. The names of those targeted in the investigation were redacted.

According to the media outlet, as recently as this summer the Justice Department investigated the roles of Kushner’s lawyer Abbe Lowell and the fund-raiser, Elliott Broidy, in this scheme. Investigators were engaged in the case involving a billionaire from the San Francisco area who sought clemency for a psychologist convicted of monetary crimes and sentenced to 30 months in prison. The billionaire and real estate developer, Sanford Diller reportedly asked Lowell and Broidy for assistance in securing clemency for the psychologist. The news outlet notes that under the suspected scheme, Mr. Diller would make “a substantial political contribution” to an unspecified recipient in exchange for the psychologist’s pardon. The convict however was not pardoned and was released from prison in 2019 after serving the sentence. The billionaire himself died in 2018 and there is no evidence that the effort continued after his death. No charges were filed during the investigation and none of the administration staff is currently involved in the declassified probe, the media outlet said, citing a spokesperson for the Justice Department.