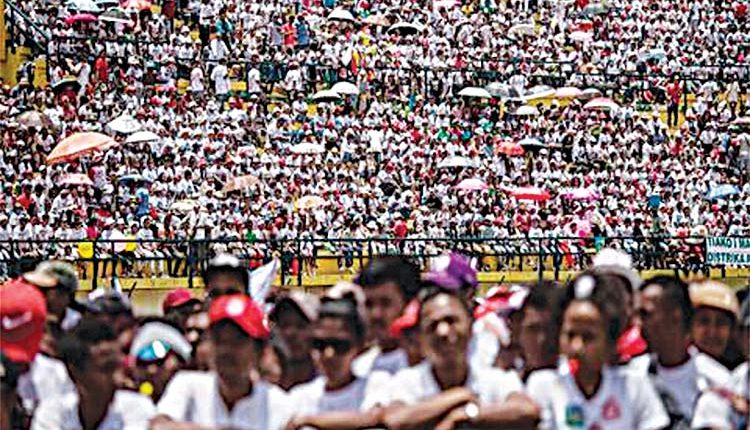 Dar es Salaam, Mar 30 (Agency) The death toll in Tanzania stampede during a public farewell tribute to late Tanzanian president John Magufuli here, has increased to 45, local media reported on Tuesday. According to reports, mourners tried to force their way in the stadium to pay their last respects to the departed soul, resulting in a stampede on Sunday evening. Thirsty-seven more people were injured in the incident, local newspaper Citizen reported, citing the police.

Magufuli had died at the age of 61 in a hospital in Tanzania’s Dar es Salaam. While the government maintains its position that the president died of a heart complications after struggling against the disease for a decade, opposition leaders claimed that he had severe coronavirus symptoms.