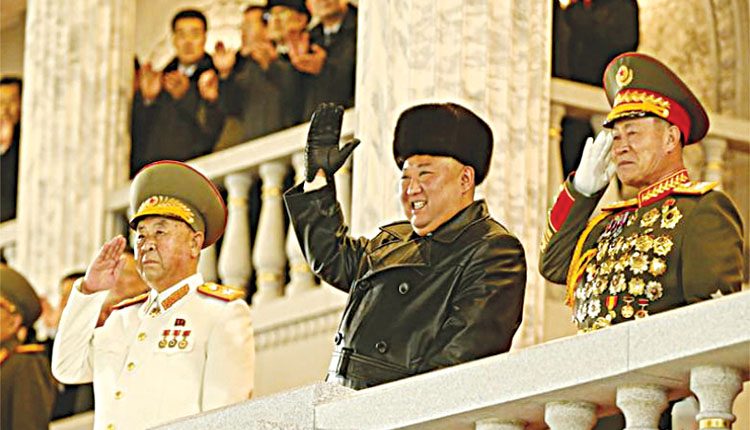 The new administration of President Joe Biden has not announced any North Korea policy, but Seoul, keen to resuscitate stalled cross-border economic cooperation, has expressed hopes that Biden would restart negotiations with Pyongyang. Lee In-young, South Korea’s unification minister in charge of inter-Korean affairs, said reinforcing sanctions may not be the key to bringing North Korea back to the table. “If we were to talk about additional sanctions, it’s time to review what achievements the sanctions have brought so far. Strengthening it might not be everything,” Lee told a news conference. “We have to look back at the aspect that flexibly applying sanctions depending on the situation could play a role in expediting denuclearisation negotiations.” Lee’s remarks came after South Korea’s President Moon Jae-in urged Biden to build on progress made by Kim and Trump. Last week, Prime Minister Chung Sye-kyun told Reuters that Pyongyang and Washington should seek an initial deal including a halt to the North’s nuclear activity and a cut in its programme in exchange for some sanctions relief.

Lee did not elaborate on which sanctions should be loosened, but has called for exemptions to allow humanitarian inter-Korean exchanges, including providing assistance to help the North fight the coronavirus. North Korea has not confirmed any coronavirus cases, though South Korean authorities have expressed doubt, and rejected Seoul’s aid offer. Lee said his government could share testing kits, drugs and other supplies whenever the North accepted its proposal, though it has no plans to send vaccines yet. “Working together on COVID-19 is a way to keep all of us safe, beyond helping them,” he said, referring to the shared border. “I hope the North would rethink the positive value of humanitarian cooperation.”

Man arrested for murder of his friend