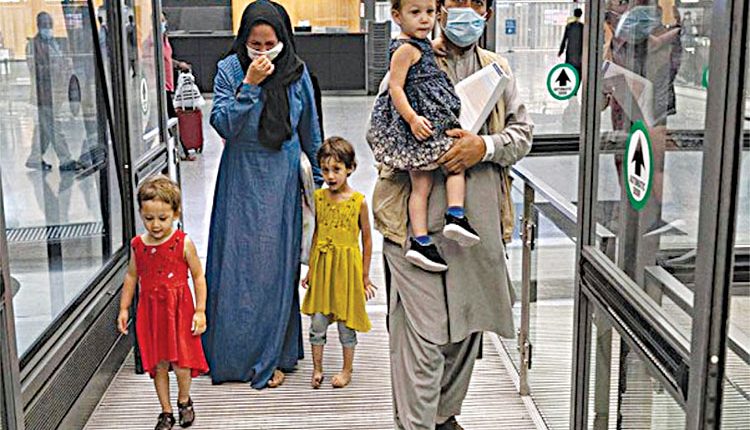 Kabul, Aug 22 (Bureau) At least seven Afghans were killed near the Hamid Karzai International Airport as thousands thronged outside the airport gates in hopes of leaving the country after the Taliban takeover, the UK defence ministry said on Sunday. The crush of people has led to stampedes and injuries among the people, especially as the Taliban militants fire in the air to push back the desperate people who have been waiting for the past few days to leave the country.

“Conditions on the ground remain extremely challenging but we are doing everything we can to manage the situation as safely and securely as possible,” the UK defence ministry said in a statement. But the defence ministry did not elaborate when the deaths took place. On Saturday, four people were reportedly crushed to death in the stampede.

A total of at least 12 people have been killed at or near the airport over the past week, either by gunfire or due to a stampede, reports said. Fox News reported, quoting sources, that on Sunday the gates at the airport had been closed, even to those carrying valid documentation. “All the gates are closed for entry even with papers,” the source said. “No food, no water. This is a slow burn to a very bad situation. The Taliban’s coming to power has prompted those who allied with the U.S. in some way previously to hide or flee for their lives. Despite the Taliban’s declaration of a general amnesty, reports of the group’s ruthless violence continue to pour out, with gunmen reportedly hunting down and threatening journalists and interpreters, among others, and beating protesters.