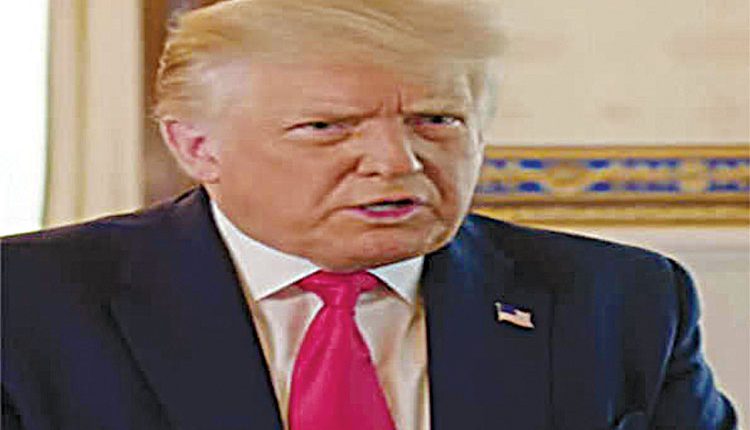 Washington, Feb 9(FN Bureau) The US Senate paved the way for a speedy second impeachment trial of former Donald Trump on Tuesday after the Senate leaders agreed to a rapid timetable. The former president is charged with “inciting insurrection” in a speech to supporters ahead of the deadly riot at the US Capitol on 6 January in what many see was a desperate bid on the part of Donald Trump to overturn the election results. Democrats have said that they have “overwhelming” evidence of Trump’s guilt while his defence team claim rioters acted independently and have called his impeachment as unconstitutional and absurd amounting to a political witch hunt.

Mr Trump’s lawyers have argued that the trial is unconstitutional because Mr Trump has left office and is now a private citizen. The nine “impeachment managers” – Democrats from the House of Representatives who will lay out the case for prosecution – dispute this, saying he should be accountable for actions as president. Both sides will have four hours to tackle this constitutional question on Tuesday, with a vote expected at the end of the day on whether to proceed. Mr Trump is the only US president in history to have been impeached twice and one of only three to have been impeached at all. If convicted, he could be barred from holding office again, which means he cannot make another bid for the White House four years from now as he had earlier indicated. But a two-thirds of the 100-seat senate is required to convict – Democrats currently hold 50 seats which means they need the support of at least 17 Republican Senators and there is little sign that enough Republicans are willing join them.