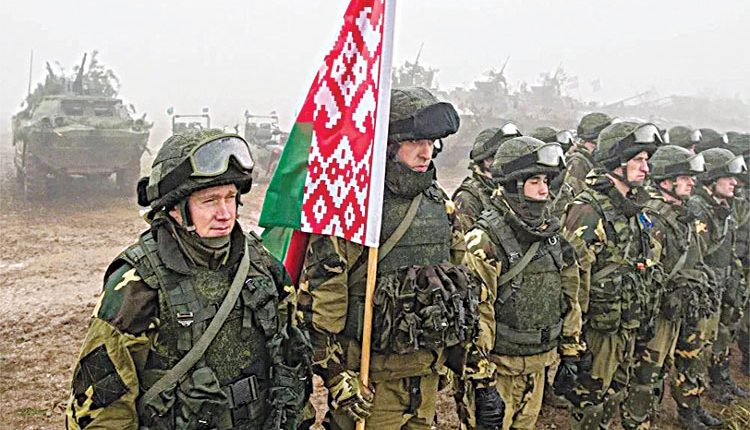 Moscow, March 7 (Agency) – Russian and Belarusian air forces will hold joint drills throughout March, the Russian Ministry of Defense said on Sunday. “Two joint Russian-Belarusian military drills involving Russia’s Airborne Troops and the Special Operation Forces of the Armed Forces of the Republic of Belarus will be held in March this year,” the Ministry of Defense said.

These will be the first joint military drills between the two countries this year. The training will take place at the Polivno shooting range in Russia’s Ulyanovsk Region and at the Asipovichy shooting range in Belarus’ Minsk district. The drills will be conducted under the leadership of the Ulyanovsk guards commander, Col. Vladimir Seliverstov.

The Ministry of Defense stated that the drills will be “devoted to peacekeeping.” The Belarusian forces will be arriving at Polivno on Tuesday. “The most active phase of the military drills will take place from March 16 to 19,” the Ministry of Defense said. In total, over 400 military troops will be involved and around 100 units of combat and special equipment from Ulyanovsk will be used at the Polivno shooting range. Meanwhile, from the Belarusian side, over 80 soldiers will take part in the training. “Two Mi-24 attack helicopters and six Mi-8AMTSh transport and combat helicopters of the Central Military District will also be involved in the exercise,” the Ministry of Defense added.

At the same time, from March 15 to 27, Russian troops will arrive at the Asipovichy shooting range in Belarus to carry out further tactical training. “Units of Russian and Belarusian paratroopers will work on joint special actions of a reinforced paratrooper battalion in the defensive and offensive day and night,” the Ministry of Defense said. Around 90 soldiers of the Russian Pskov guards airborne force and over 400 soldiers and about 100 units of military and special equipment from the Belarusian Viciebsk guards airborne force will take part in this exercise.