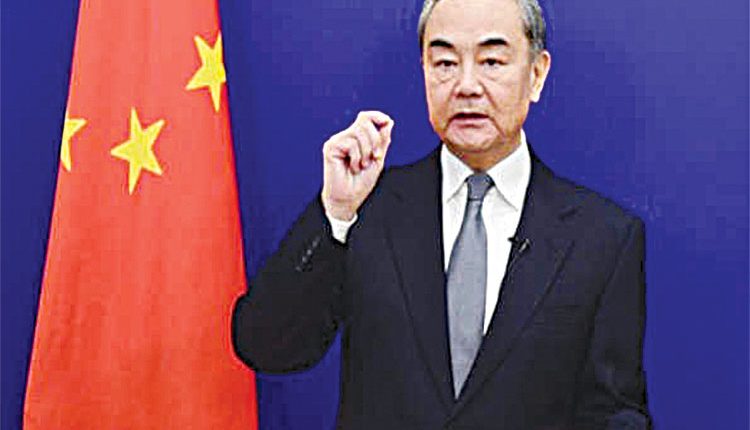 Beijing, Mar 7 (FN Agency) China is open to discussing the protocols of the mutual recognition of COVID-19 vaccines with other countries in defiance of attempts to politicize or nationalize this issue, Chinese Foreign Minister Wang Yi said on Sunday. “China is ready to discuss with other countries the expediency and protocols of the mutual recognition of vaccines. China is opposed to the nationalism in the sphere of vaccines and rejects any attempts to politicize the vaccine cooperation,” Wang said during the annual grand press conference. The Chinese foreign minister described vaccines as a “powerful weapon in the fight against the coronavirus that carries the hope of saving lives and must benefit the whole of the world and humanity.”

China has had a successful experience of cooperation with Russia throughout the pandemic, according to Wang. “We saw that when faced with the epidemic of the century, China and Russia stood shoulder-to shoulder and cooperated closely, jointly fighting COVID-19 and also resisting the ‘political virus’ together,” the minister said, adding that Beijing and Moscow continued to stand as a “reliable pillar of the global peace and stability.” China, on its part, has donated COVID-19 vaccines to 69 countries, as well as to UN peacekeeping missions in different parts of the world, Wang recalled.

He also asserted China’s readiness to work with the International Olympic Committee to provide vaccines to Olympic athletes. “We hope that all capable countries do everything they can to provide vaccines for those countries which need them, especially the developing ones, so that people can afford them and they become truly the ‘vaccines for people,'” the minister said. Wang’s press conference took place on the sidelines of the annual congress of China’s top legislative body, the National Committee of Chinese People’s Political Consultative Conference. Every year the Chinese foreign minister speaks at the conference to outline the country’s external affairs outlook for the coming year. Due to COVID-19, the press conference is held virtually for already the second year.