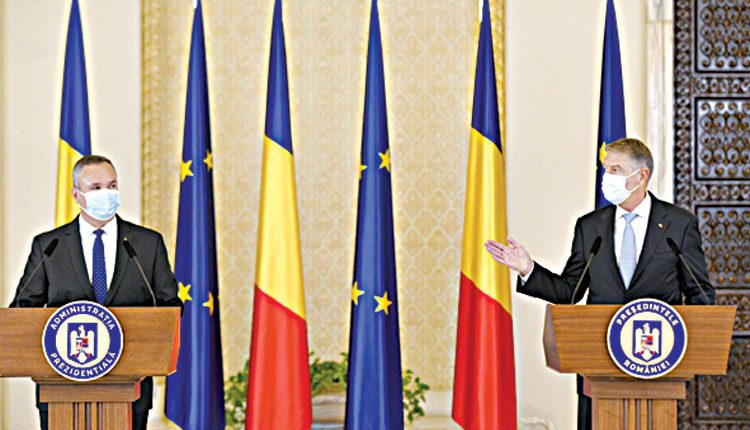 Bucharest, Oct 21 (FN Agency) Romanian President Klaus Iohannis on Thursday nominated Nicolae Ciuca, defence minister in the caretaker cabinet, as candidate for prime minister to form a new government. “This crisis lasted too long,” Iohannis said when announcing the nomination at the Cotroceni Presidential Palace. “We have the pandemic, winter knocks at the door, energy prices grow,” he said, stressing that there is a need for a government with full power to handle all of these issues. Ciuca, 54, proposed by the centre-right National Liberal Party (PNL), is the second nominee made by the head of state, after his predecessor failed confidence vote in Parliament on Wednesday.

“I understood this mandate as a gesture of responsibility in order to overcome the crisis in which we are,” Ciuca said after the designation made by Iohannis, adding that “we will negotiate with all the responsible forces, so in the shortest possible time, we can form the government.” Under the country’s constitution, the prime minister-designate has ten days to form a government and win a vote of confidence in Parliament. The coalition government led by PNL Chairman Florin Citu collapsed on Oct. 5 in a censure motion initiated by the main opposition Social Democratic Party (PSD) and supported by most other parties in Parliament.