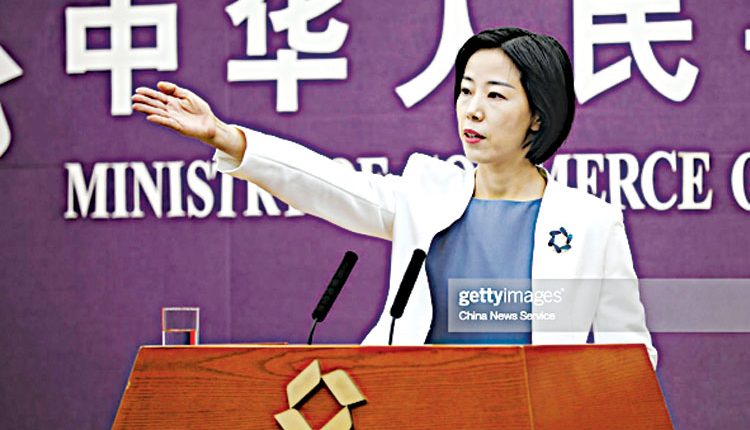 Bejing, Oct 21 (Agency) “The Chinese side believes that the trade and economic agreement of the People’s Republic of China and the United States is beneficial both for Beijing and Washington, as well as for the entire world. Both parties should put joint efforts in creating the atmosphere and conditions to fulfill the agreement,” Shu Jueting told a briefing. China has always been certain that the removal of extra tariffs complies with the fundamental interests of producers and consumers from both countries, and is also beneficial to restoration of the global economy, the spokesperson added.

In early October, Chinese Vice Premier Liu He and US Trade Representative Katherine Tai discussed the possible lifting of sanctions and tariffs during an online conversation. The first part of the US-China Economic and Trade Agreement was signed on January 15, 2020, which obligated Washington to keep taxes equal to 25 percent for Chinese goods worth $250 billion a year, as well as those equal to 7.5 percent for goods worth $120 billion. In addition, China must purchase American industrial goods worth $75 billion, energy carriers for $50 billion, agricultural goods for $40 billion, and spend $35-40 billion on services within the 2-year period, according to the deal.