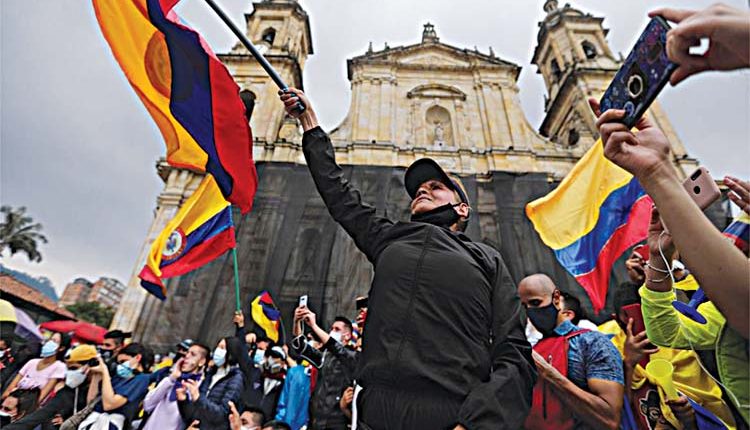 Moscow, Jun 9 (Agency) The Colombian government should tackle “egregious” police abuse of protesters immediately and embark on a law enforcement reform, a prominent international rights group said on Wednesday. Since late April, the Latin American country has been gripped by protests against tax hikes, which continue despite the authorities abandoning the initiative. Originally declared peaceful, the demonstrations have led to a significant increase in violence in the country. President Ivan Duque has since ordered army units to assist the police. Even though on June 6 he said that his government would take steps to transform the police, significant changes have not occurred.

“Members of the Colombian National Police have committed egregious abuses against mostly peaceful demonstrators in protests that began in April 2021 … Colombia’s government should take urgent measures to protect human rights, initiate a comprehensive police reform effort to ensure that officers respect the right of peaceful assembly, and bring those responsible for abuses to justice,” Human Rights Watch said. The organization claims that police abuse of authority and lack of respect for human rights have become commonplace in Colombia.

“These brutal abuses are not isolated incidents by rogue officers, but rather the result of systemic shortcomings of the Colombian police. Comprehensive reform that clearly separates the police from the military and ensures adequate oversight and accountability is needed to ensure that these violations don’t occur again,” HRW Americas director Jose Miguel Vivanco said. According to Human Rights Watch, it can confirm 34 deaths which occurred during protests. The Colombian Ministry of Defense says that over 1,100 protesters and bystanders have been injured, including journalists and human rights defenders. Approximately 1,200 have been detained, and 419 have been reported missing during the protest wave. Since late April, the protesters have significantly expanded their demands. Labor and student organizations demand social and healthcare reforms, demilitarization of cities, and dissolution of Mobile Anti-Disturbance Squadron forces.