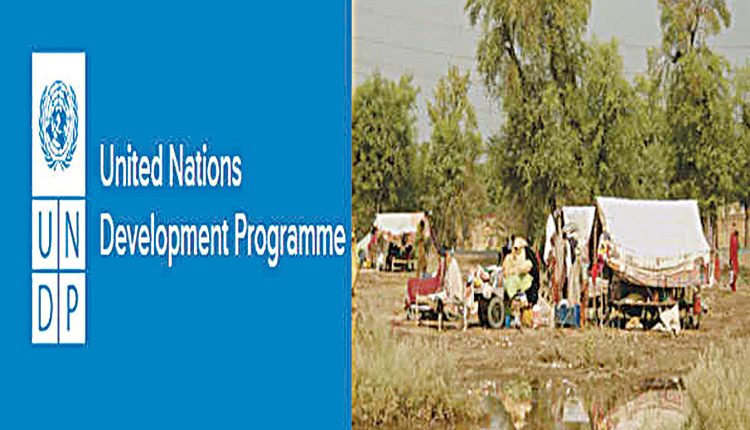 Geneva, Oct 11 (FN Agency) Cascading global crises have left 54 countries — home to more than half of the world’s poorest people — in dire need of debt relief, the UN said on Tuesday. In a new report, the United Nations Development Programme warned that dozens of developing nations were facing a rapidly deepening debt crisis and that “the risks of inaction are dire”. UNDP said without immediate relief, at least 54 countries would see rising poverty levels, and “desperately needed investments in climate adaptation and mitigation will not happen”. That was worrisome since the affected countries were “among the most climate-vulnerable in the world”. The agency’s report, published ahead of meetings of International Monetary Fund, the World Bank, and also of G20 finance ministers in Washington, highlighted the need for swift action. But despite repeated warnings, “little has happened so far, and the risks have been growing,” UNDP chief Achim Steiner told reporters in Geneva. “That crisis is intensifying and threatening to spill over into an entrenched development crisis across dozens of countries across the world.”

The poor, indebted countries are facing converging economic pressures and many find it impossible to pay back their debt or access new financing. The UN agency said debt troubles had been brewing in many of the affected countries long before the Covid-19 pandemic hit. According to data, 46 of the 54 countries had amassed public debt totalling $782 billion in 2020, the report said. Argentina, Ukraine and Venezuela alone account for more than a third of that amount. The situation is deteriorating rapidly, with 19 of the developing countries now effectively shut out of the lending market — 10 more than at the start of the year. A third of all the developing economies have meanwhile seen their debt labelled as being “substantial risk, extremely speculative or default,” UNDP’s chief economist George Gray Molina told Geo news. The countries at the most immediate risk are Sri Lanka, Pakistan, Tunisia, Chad and Zambia, he said. Steiner, who has repeatedly raised the alarm about the crisis, voiced hope the international community might finally recognise that action is in everyone’s shared interest. “Prevention is better than treatment and certainly… much, much cheaper than having to deal with a global recession,” he said.

CBI arrests a Sanitary Overseer in an alleged bribery case