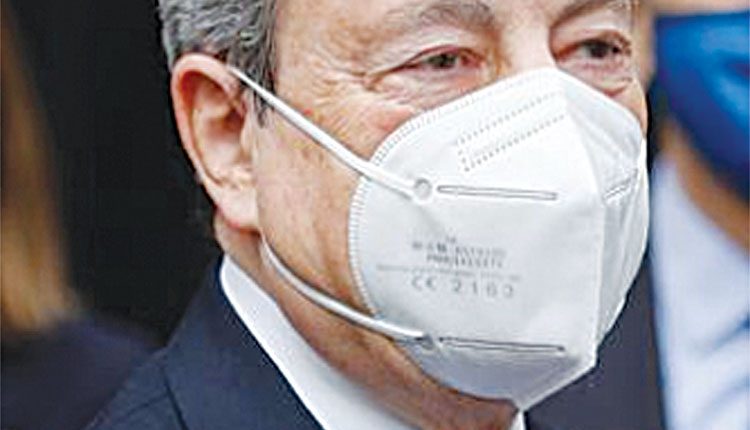 Rome, Feb 17 (FN Agency) Prime Minister Mario Draghi on Wednesday promised sweeping reforms to help rebuild Italy following the coronavirus pandemic, as he set out his priorities ahead of a mandatory confidence vote in his government. Draghi, the former head of the European Central Bank, was sworn into office at the weekend at the helm of a cabinet that has the backing of parties from across the political spectrum, to guide Italy through the health crisis and an economic slump.

Draghi said his government would look to the future with a series of reforms aimed at fostering long-term growth in the eurozone’s third largest economy, which is mired in its worst recession since World War Two. His immediate priorities will be ensuring a smooth vaccination campaign against COVID-19 and re-writing plans for how to spend more than 200 billion euros ($240 billion) of European Union funds aimed at rebuilding the economy.

To guarantee the money is well spent, Draghi signalled that he wants to overhaul the public administration, which is throttled by red tape, and the justice system, one of the slowest in Europe. “Today we have, as did the governments of the immediate post-war period, the possibility, or rather the responsibility, to launch a new reconstruction,” said Draghi, who received a standing ovation from Senators after his 50-minute address.