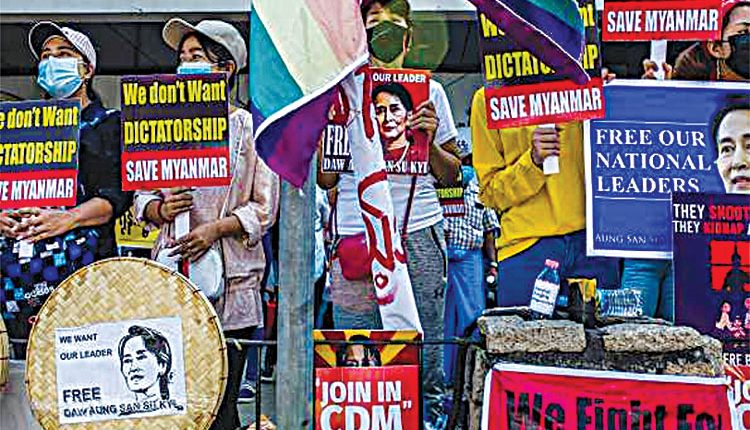 Nay Pyi Taw, Feb 17 (Agency) Myanmar’s military rulers on Tuesday slapped detained opposition leader, Aung San Suu Kyi, with a second criminal charge on the day she appeared in court via video link. The latest charge against Ms Suu Kyi alleges that she violated the country’s Natural Disaster Law. Earlier she had been charged with possessing illegal walkie-talkies. However, it is not yet clear what the new charge, issued on Tuesday, relates to, the BBC reported.

Myanmar’s military spokesman Brig Gen Zaw Min Tun said on Tuesday that the armed forces would not remain in power for long, and promised to “hand power back to the winning party” following a planned election, without giving a specific date for the elections.