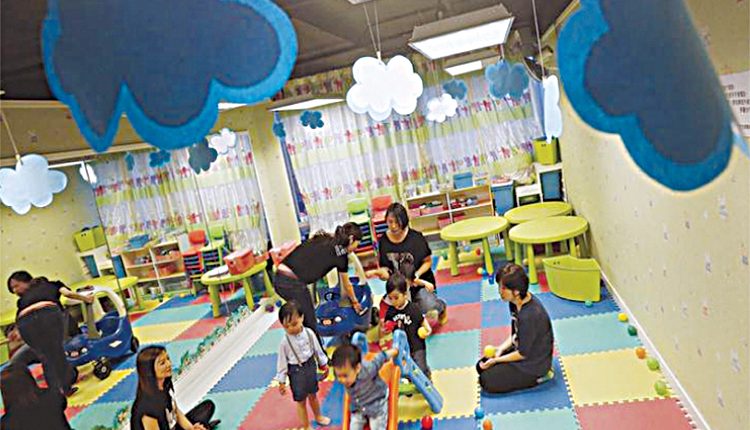 Hong Kong, Feb 5 (FN Agency) Hong Kong has unveiled controversial guidelines for schools in the Chinese-ruled city that include teaching students as young as six about colluding with foreign forces and subversion as part of a new national security curriculum. Beijing imposed a security law on Hong Kong in June 2020 in response to months of often violent anti-government and anti-China protests in 2019 that put the global financial hub more firmly on an authoritarian path.

The Education Bureau’s guidelines, released late on Thursday, show that Beijing’s plans for the semi-autonomous Hong Kong go beyond quashing dissent, and aim for a societal overhaul to bring its most restive city more in line with the Communist Party-ruled mainland. “National security is of great importance. Teachers should not treat it as if it is a controversial issue for discussion as usual,” the guidelines said. Teachers should “clearly point out that safeguarding national security is the responsibility of all nationals and that as far as national security is concerned, there is no room for debate or compromise”. After the 2019 protests in which many of the demonstrators were teenagers, Chinese leaders turned to re-education in a bid to tame the city’s youth and make them loyal citizens.

Head of the Professional Teachers’ Union, Ip Kin-yuen, said the guidelines would cause “uncertainty, ambiguity and anxiety” for teachers and enforce a “restrictive and suppressive” education style that does not foster student development and independent thinking. Raymond Yeung, a former teacher partially blinded by a projectile during 2019 protests, described the guidelines as “one dimensional, if not brainwashing”. Wong, mother of primary school children, said the law was “clamping down on people’s individual thoughts” and adding national security to the curricula created a climate of fear. “I am angry. They shouldn’t be bringing this into classrooms,” said Wong, who declined to give her first name due to the sensitivity of the issue. However, not all parents were opposed to the changes. “It’s a good start, no matter who you are and where are you from, you have to love your country,” said Feng, mother of a six-year-old.

Children in primary schools will learn how to sing and respect China’s national anthem, and gain an understanding of the four main offences in the new security law, including terrorism and secessionism. In secondary schools, pupils will learn what constitutes such offences, which can carry sentences of up to life in prison. Some legal scholars have said the law’s language is broad and vague, and the range of activities authorities might see as potential threats to national security was unclear and fluid. An educational cartoon video released by the government shows an owl wearing glasses and a graduation hat explaining Hong Kong’s institutional architecture, its duties to the central government in Beijing and the national security law. At one point the video says “national security affairs are of utmost importance to the whole country,” while showing smiling faces of a student, a chef and an engineer. Schools are encouraged to “organise various game activities, such as puppet theatre, board games to establish a good atmosphere and improve students’ understanding of national security”, according to the guidelines. The guidelines said kindergartens can help students learn about traditional festivals, music and arts and develop fondness for Chinese customs to “lay the foundation for national security education”. Kindergarten children were not expected to learn about national security crimes. The Education Bureau said it accepted international and private schools had different curricula, but said they had a “responsibility to help their students (regardless of their ethnicity and nationality) acquire a correct and objective understanding of national security”.