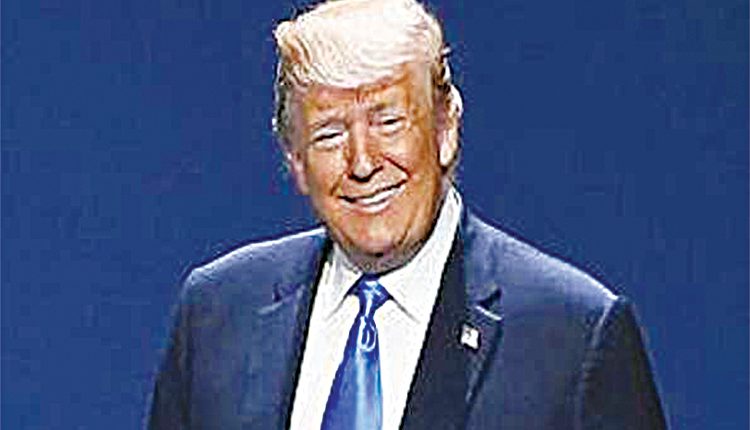 Washington, Feb 5 (Agency) Former US President Donald Trump quit the Screen Actors Guild on Thursday in response to a vote by the organization’s Disciplinary Committee to expel him over accusations he instigated the January 6 Capitol riot by a group of his supporters. “I write to you today regarding the so-called Disciplinary hearing aimed at revoking my union membership. Who cares!,” Trump wrote in a letter to Screen Actors Guild President Gabrielle Carteris on Thursday.

“I no longer wish to be associated with your union.” The Guild responded with a two-word statement: “Thank You.” Trump also used the resignation letter for a parting shot at CNN and MSNBC by taking credit for reviving television news during his presidency. “I’ve also greatly helped the cable news television business (said to be a dying platform with not much time left until I got involved in politics), and created thousands of jobs at networks such as MSDNC and Fake News CNN, among many others,” Trump wrote. Then, in a parting shot at the Screen Actors Guild, Trump accused the organization of doing little more than collecting dues and promoting “dangerous un-American policies and ideas.” The union represents about 160,000 film and television actors, radio personalities, recording artists, internet influencers, and others in the entertainment industry.

Donald Trump will not testify under oath at impeachment trial

Washington, Feb 5 (Agency) Former US President Donald Trump will not testify under oath in the Senate impeachment trial set to begin next week, his attorneys Bruce Castor Jr and David Schoen said in response to a letter from the lead House prosecutor. “We are in receipt of your latest public relations stunt,” the attorneys said in a letter on Thursday. “The use of our Constitution to bring a purported impeachment proceeding is much too serious to try to play games.” Earlier on Thursday, Congressman Jamie Raskin, the lead impeachment manager, invited Trump to provide testimony under oath in the impeachment trial on events related to the Capitol riot on January 6. The US House of Representatives Articles of Impeachment charge Trump with “inciting insurrection” during a January 6 rally, where he urged supporters to protest lawmakers accepting electoral slates from battleground US states that Trump claims were invalid and cost him election victory. Opening arguments in the Trump impeachment trial are set to begin on Monday, featuring nine US House Democrats named as impeachment managers.