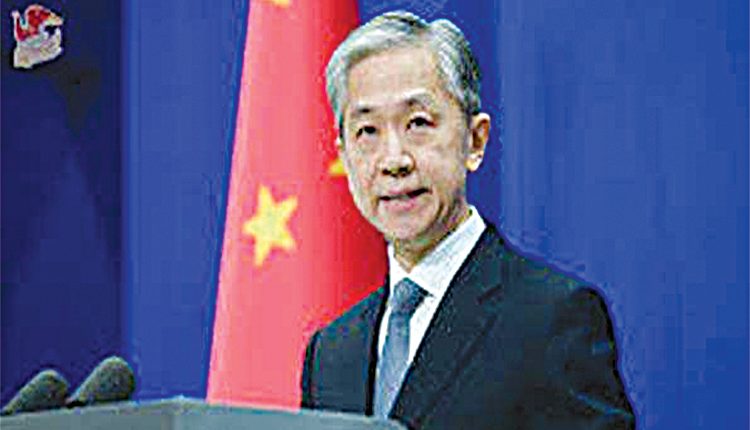 Beijing, Feb 5 (FN Agency) The People’s Republic of China’s(PRC) Foreign Ministry Spokesman Wang Wenbin on Thursday rejected reports of systematic rape and sexual abuse of women in so-called re-education camps of the Xinjiang autonomous region. Reports by the BBC published on Wednesday carried statements by survivors of these detainment centres where these women claimed that systematic rape and abuse of women take place in these internment camps. Wang said at a regular news briefing in Beijing that China is a rules-based society “There is no so-called systematic rape and sexual abuse against women, China is a rule-of-law state, our constitution guarantees and protects human rights, this is enshrined in our legal system and government work,” He stressed that the “re-education centres” adhere strictly to the constitution ensuring the fundamental rights of those who are staying there are protected.

He went on to call the global community to refrain from interference in China’s internal affairs. In a separate statement released today, the Chinese Foreign Ministry accused the BBC of producing “fake news” in its coverage of the COVID-19 pandemic in China and demanded a public apology. Western nations, organizations and media outlets have long accused the communist nation of arbitrary imprisonment and torture, among other abuses of the local people groups, who are separate from the dominant Han ethnicity of China. According to a report by the United Nation’s Committee on the Elimination of Racial Discrimination published in 2018 over one million people were held in those re-education camps against their will. Widespread reports indicated that around two million people were interned in newly built compounds across the autonomous region by 2020.

The US had during the last week’s of the Trump administration labelled China’s actions in Xinjiang a ‘genocide’. Beijing denies all the charges and maintains the camps serve to de-radicalize locals from Islamic extremism, separatism and terrorism.