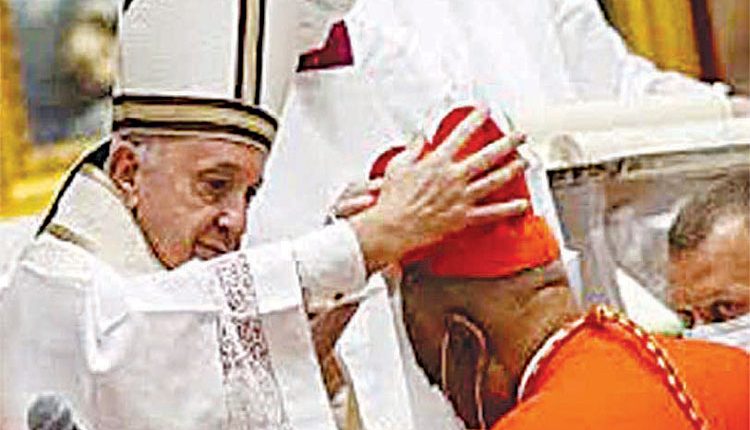 Rome, Nov 29(Agency) Pope Francis on Saturday confirmed the first ever African American cardinal in the history of the Catholic church, along with12 other new cardinals to the highest rank of the Catholic Church hierarchy. In a scaled down ceremony at St Peter’s Basilica at the Vatican on Saturday, the pope gave the 13 men their ring and traditional red hat, known as a biretta, an Al Jazeera report said.
Wilton Gregory, who has served as archbishop of the Archdiocese of Washington, DC since May 2019, thus became the first ever African American to be appointed to the College of Cardinals. Gregory, 72, has been an outspoken civil rights advocate who made headlines in June when he criticised US President Donald Trump for a planned visit to a shrine honouring former Pope John Paul II in the US capital, a day after the police had used tear gas to disperse those demonstrating the killing of George Floyd, to allow Trump to walk home after posing for pictures in front of a nearby church.