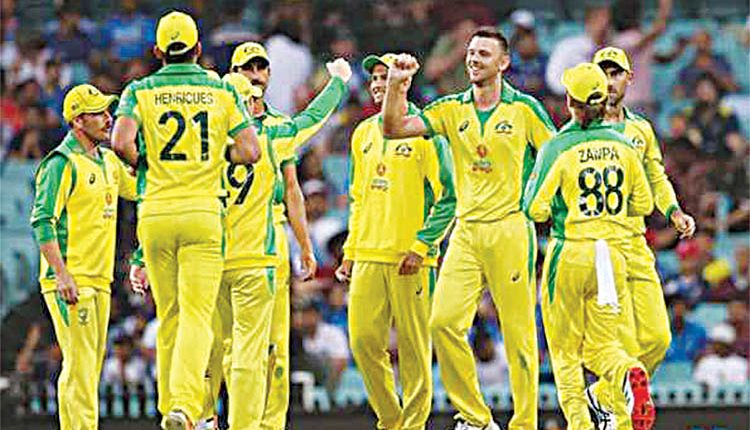 Sydney, Nov 29 (Agency) Steve Smith scored his second century in as many games as Australia beat India by 51 runs in the second one-day international to win the series on Sunday. The hosts posted a huge total of 389-4 off 50 overs, as Smith backed up his 105 in the first match with 104 off 64 balls in Sydney. India showed some fight as captain Virat Kohli top-scored with 89, but they fell short on 338-9. The third and final ODI takes place in Canberra on Wednesday.

Winning the toss and opting to bat, Australia openers Aaron Finch and David Warner got off to another good start against the visitors, putting on 142 for the first wicket, before Finch fell to Mohammed Shami. Warner departed soon after for a well made 83, thanks to a brilliant direct hit by Shreyas Iyer. Smith, who blitzed a 66-ball 105 in the last match, took control from there along with Marnus Labuschagne. The two put on a 136-run stand as Smith raced away to his 11th ODI century. Hardik Pandya, who had not bowled since undergoing a back surgery, was given the ball for four overs by India captain Virat Kohli and managed to dismiss the dangerous Smith. But Australia kept on piling the misery, with Glenn Maxwell coming in and smashing 63 off just 29 deliveries. In the chase, India got off to a good start, with openers Shikhar Dhawan and Mayank Agarwal putting on 58 runs before both were sent back in quick succession by Josh Hazlewood and Pat Cummins, respectively. Kohli and Shreyas Iyer then put on a 97-run stand before Moises Henriques dismissed the latter for 38. Kohli was then joined by KL Rahul, and the two put on 72 runs for the fourth wicket before the Indian captain found the midwicket fielder with a pull shot, falling 11 short of a century. Kohli hit seven boundaries and two sixes in his knock of 89 runs, which also saw him reach 22,000 runs in international cricket.

Rahul tried to keep India in the game along with Hardik Pandya, but with the asking rate rising, Rahul fell to Zampa trying to go for the big shots. The wicketkeeper-batsman scored 76 off 66 deliveries, with four boundaries and five maximums. Pat Cummins then dismissed Ravindra Jadeja and Hardik Pandya off consecutive deliveries in his final over to finish as Australia’s best bowler on the night, with figures of 3-67. Mohammed Shami then miscued a hoick off Glenn Maxwell, who took a simple return catch, before Zampa trapped Jasprit Bumrah leg before wicket. Australia and India will now travel to Canberra for the third ODI, before a three-match T20I series. India will end their tour of Australia with a four-match Test series. Brief Score: Aus (389/4, 50 Over)- SPD Smith- 104, DA Warner- 83. India (338/9, 50 Over)- V Kohli (c)- 89, KL Rahul- 76.