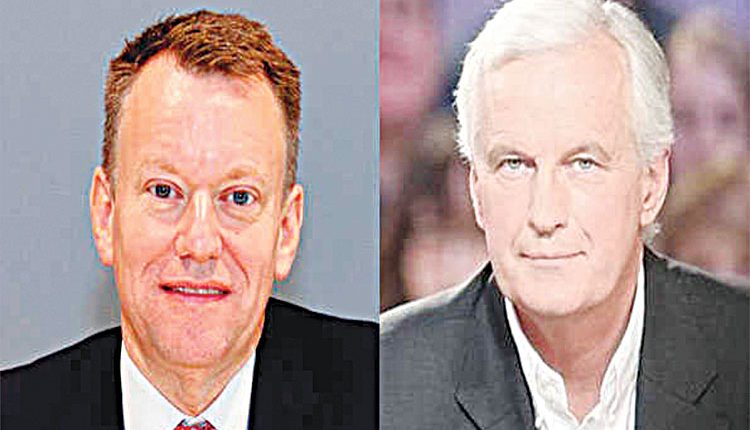 Brussels, Dec 6 (Agency) The crucial negotiations to secure a post-Brexit trade deal between the UK and the EU will once again resume on Sunday, even the December 31 deadline nears and chances of a no-deal Brexit looms large. UK’s chief Brexit negotiator Lord Frost will be meeting up with his EU counterpart Michel Barnier in Brussels to try to bridge “significant differences” that have persisted between the two sides.

BBC quoted a source as saying that Sunday’s talks could very well be the “final throw of the dice” to get a deal before the end of the year. Sunday’s meeting gains an air of urgency after talks between Prime Minister Boris Johnson and European Commission president Ursula von der Leyen failed arrive at an agreement on Saturday. The pair spoke over the phone for an hour on Saturday but failed to break the deadlock on “critical issues”. In a joint statement issued afterwards they said fishing rights, competition rules and how any deal is enforced were still causing problems. Both, however, agreed to talk again on Monday evening. There are several areas of disagreement between the two sides which are proving to be an obstacle to arriving at an agreement. One of these is over access to UK waters by the EU’s fishing fleets. Another is what measures there should be to ensure a “level playing field” for businesses on both sides of the Channel. Also outstanding is any consensus on how any new agreements would be enforced, and about the role of the European Court of Justice. If the two sides fail to reach a deal then in that case border checks and taxes will be introduced for goods travelling between the UK and the EU.