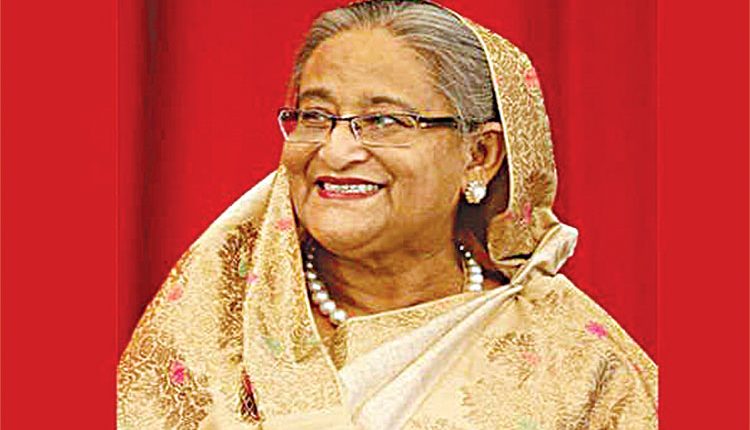 Dhaka, Jan 4 (FN Bureau) Bangladesh Prime Minister Sheikh Hasina on Sunday asked the police personnel to stop cybercrimes alongside money laundering, human trafficking, terrorism, militancy, abuse of drugs, gangster culture and repression on women and children. “The most important thing is that the trend of crimes is changing with the advent of newer technologies as it is an era of technology. Cybercrimes are increasing drastically and we have to prevent it,” she said.

While addressing virtually the passing-out parade of the 37th BCS batch of assistant superintendents of police (ASPs) from her official Gonobhaban residence in the capital, the prime minister also said that the crimes which are being committed using technology must be stopped. Bangladesh police organised the programme at the Bangladesh Police Academy, Rajshahi. The Prime Minister called upon the police personnel to always serve the people with honesty, dedication, moral values and discipline and thus achieve the trust, confidence and love of the people. “In case of discharging professional duties, the police personnel have to give utmost priority to the people’s fundamental rights, human rights and the rule of law,” she said. Noting that money laundering, cybercrime and human trafficking have global phenomenon, Sheikh Hasina said, “We have to protect our country from the menaces.”

The Prime Minister highly praised the police personnel for playing a significant role in controlling militancy and terrorism in the country. “Police have to play a stronger role in curbing militancy and terrorism alongside stopping the abuse of drugs. Many police personnel have sacrificed their lives for the noble cause.” She asked the police personnel to prevent the repression on the women and children with more efficiency alongside stopping other social crimes such as spreading rumours and gangster culture. “We have to bring to normal life the teenagers who are involved in crimes using various apps,” she said. The Prime Minister asked the police personnel to stay alert so that none could spread rumour to destabilise the country. Describing training as the most important thing to make the police personnel capable to fight the crimes, she said, “We have taken measures to train the police personnel accordingly at home and abroad and it must be continued.” Home Minister Asaduzzaman Khan, MP, and senior secretary of public security division Mostofa Kamal Uddin spoke on the occasion while Inspector General of Police Benazir Ahmed gave a welcome address at the function.

On behalf of the Prime Minister, the Home Minister distributed prizes among apprentice ASPs — Abul Hossain, Snehasish Kumar Das, Md Fayejul Islam and Md Abul Hossain for their best performances in various fields. Among them, Snehasish Kumar Das was adorned with the best all-round performance award. The newly commissioned police officers also took formal oaths on the occasion. Bangladesh police arranged a spectacular parade marking the occasion which the prime minister witnessed virtually from the Gonobhaban. The Prime Minister said that her government’s topmost priority is to ensure peace and security of the people by strengthening democracy. She called upon the police personnel to stand beside the people in their bad days to gain their confidence, trust and love. “The number of the police would not matter if you can gain confidence, trust and love of the people and you can contain any crime with the help of people.” In this connection, the prime minister said, quoting Bangabandhu, “Bear in mind that the people will love you instead of fearing. You know, people love police in many countries. You have to learn how to earn honour.”

Russia ready to cooperate with next US administration on climate change