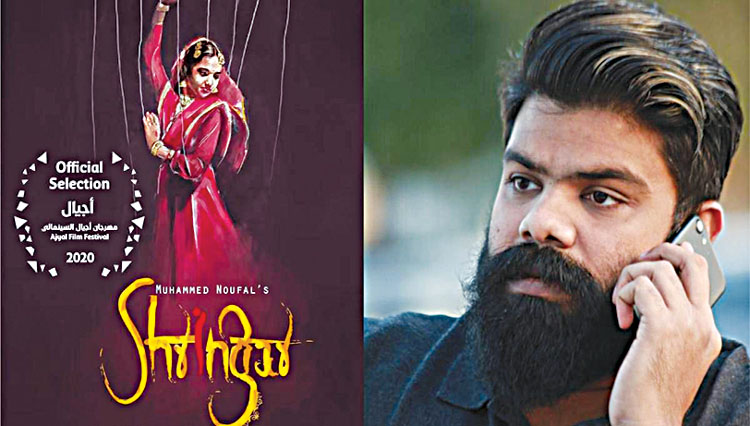 New Delhi, Nov 23 (Agency) Two Malayalam short films are the only Indian entries at the eighth edition of the Ajyal Film Festival in Doha, Qatar. ‘Shringar’ directed by Doha-based Muhammed Noufal is part of the ‘Made in Qatar’ programme, which celebrates filmmaking in the Gulf country. An accountant from Malappuram district in Kerala, Noufal focuses on child labour in India’s mica mining in his eleven-minute short film. ‘Watchmaker at Time’s End’ directed by Shaheen Sheriff is part of the eight-film ‘Dare to Imagine’ section. The five-minute animated film tells the story of a watchmaker in Kerala struggling to create the perfect watch to keep up with the times.

The Ajyal festival, held during November 18-23 in a hybrid edition due to the coronavirus pandemic, is considered one of the leading film festivals for children’s films in the world. Actor Kunal Kapoor is a special guest at the festival this year. Shot in Doha, ‘Shringar’ is Noufal’s sixth short film. “I was inspired to make the film after a visit to a mica mining centre in Giridih district of Jharkhand two years ago,” says Noufal, who left his home in Perinthalmanna, Malappuram, in 2012 to work in Qatar. “Mica mining is banned in Giridih, but it continues illegally,” explains Noufal. “Women and children mostly make up the workers of these mines. I wanted to tell the story of child labour in India’s mica industry. Mica is used in making cosmetic products,” he adds. ‘The Unjust’ by Noufal had been selected among the ‘Best Five’ entries in a one-minute short film challenge conducted by Doha Film Institute, which organised the Ajyal festival, on the blockade of Qatar by Gulf countries in 2017. “I wrote the story of ‘Shringar’ while quarantined at home after testing positive for coronavirus in May,” says Noufal, who was assistant director in the Malayalam feature film ‘Old is Gold’ (2019) directed by Prakash Kunjan Moorayil.

Set in an unnamed town in Kerala, ‘Watchmaker at Time’s End’ is about a watchmaker’s quest to create the perfect watch. “It took five years to make the film,” says Sheriff, who lives in Kolkata. Born in Doha to Indian immigrant parents, Sheriff graduated in animation and film design at the National Institute of Design (NID), Ahmedabad four years ago. “The story is based on how the shift in lighting during day and night affects daily life,” says Sheriff, who collaborated with five friends to make the animated film in their studio in Kolkata. Vishnu Chandran and Kiran Ravindran, Sheriff’s two batchmates at the NID, are lead characters in the film. “Both Chandran and Ravindran are based in Thrissur, Kerala,” adds Sheriff, who visited several watch shops in Kerala to research for the film. The festival concludes tonight at an awards ceremony held under strict social distancing.