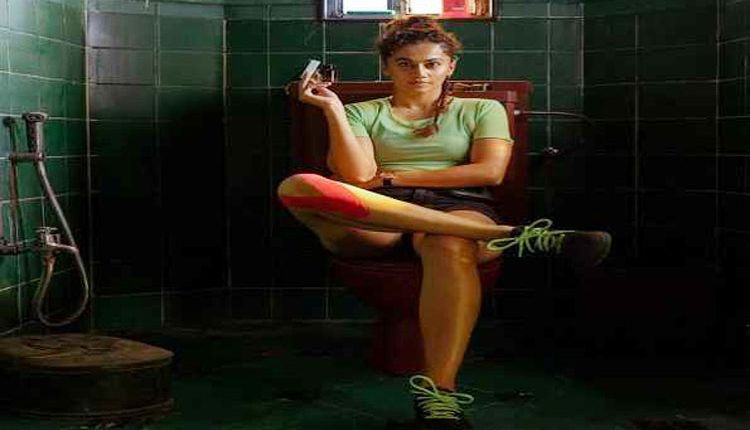 New Delhi, Feb 2 (Agency) Bollywood actor Taapsee Pannu on Tuesday shared the first look of her character ‘Savi’ from the upcoming movie ‘Looop Lapeta’. The actor took to her social media account to share the picture. “Life mein kabhi kabhaar aisa time aata hai jab humein khud se yeh sawaal karna padta hai, ‘How did I end up here?’ Main bhi yahi soch rahi thi. (Sometimes in life, we end up questioning, ‘How did I end up here?’ I was also thinking the same.) No, not the shit pot, but the shit life! Hi, this is Savi and welcome on board a crazy ride #LooopLapeta,” the 33-year-old actress wrote on Instagram.

In the picture, the Delhi lad can be seen siting in a dark and dingy toilet. She is wearing a green T-shirt, black shorts and sports shoes. Tahir Raj Bhasin, who is also in the lead role in the movie, also shared the actress’ first look on his twitter account. “When shit gets real. Here’s @taapsee as the crazy and the uber cool Savi in this year’s craziest ride, #LooopLapeta,” the actor tweeted. Aakash Bhatia directed film ‘Loop Lapeta’ is the Hindi remake of German film ‘Run Lola Run’ which was released in 1998.Taapsee recently wrapped her ‘Rashmi Rocket’ shoot.

India will achieve Rs 1.75 lakh crores-target in defence manufacturing in next 3-4 years