India will achieve Rs 1.75 lakh crores-target in defence manufacturing in next 3-4 years 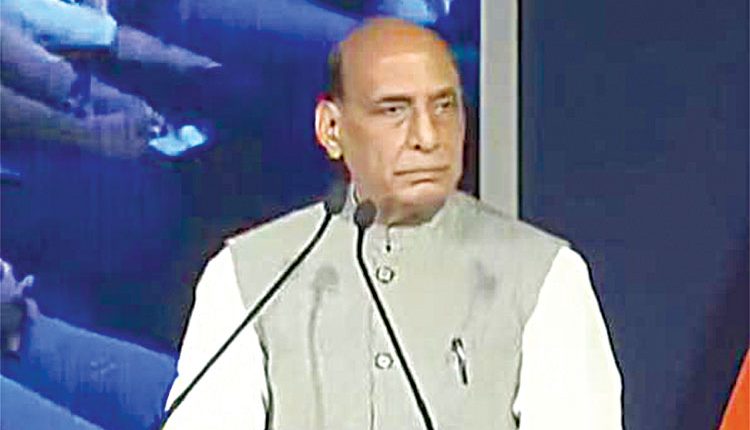 New Delhi/Bengaluru, Feb 2 (FN Bureau) Union Defence Minister Rajnath Singh said here on Tuesday that in the coming 3-4 years, India will achieve the target of Rs 1.75 lakh crores in the field of defence manufacturing. Mr Singh made the observation while inaugurating the Hindustan Aeronautics Limited’s (HAL) second LCA (Light Combat Aircraft) production line. Addressing the audience after the inauguration ceremony in Bengaluru, Mr Rajnath said the government will make every effort to ensure that HAL gets new orders. “Despite the COVID pandemic, you have received Rs 48,000 crore order from the armed forces,” Mr Singh said, adding, “India can no longer remain dependent on other countries for its defence requirements.”

Calling it the biggest procurement in terms of indigenous defence procurement, the Minister said this will take the Indian aerospace sector to new heights, adding that several counties have expressed interest in procuring indigenous Tejas M1A fighter aircraft and asserted that the fourth-generation, multirole light fighter will receive orders from other countries soon. “Tejas is not only indigenous, but is also better than its foreign equivalents on several parameters including engine capacity, radar system, beyond visual range (missile), air-to-air refuelling and maintenance, and is comparatively cheaper,” the Defence Minister described the combat jet’s capabilities. His remarks’ came after FM Nirmala Sitharaman announced the Union Budget 2021, which allocated Rs 4.78 lakh crore was allocated for the defence for 2021-22, nearly 19 per cent higher than the previous year’s 4.71 lakh crore.