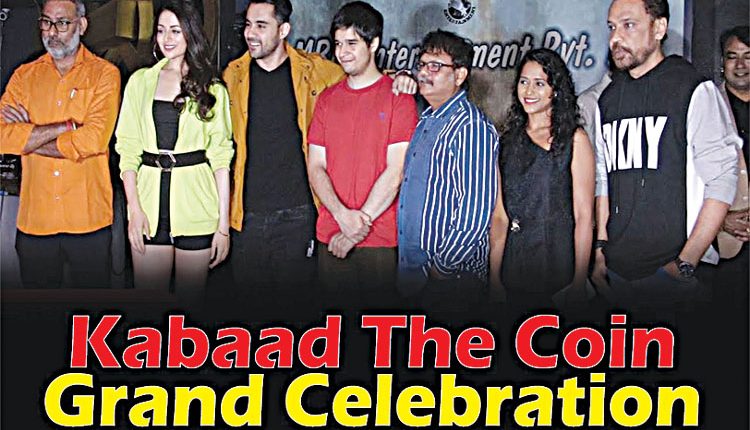 New Delhi, Feb 2 (Agency) Varadraj Swami, who received critical acclaim for Manjhi the mountain man, is all set to treat the audience with his next ‘KABAAD- THE COIN,’ a dark comedy revolving around the lost Ram-Siya coin. The movie tells the story of a ragpicker, who accidentally bumps into a bag full of gold coins, which is being searched by Mumbai police, underworld, and also by a drug addict couple Sam and Roma. The flick, made under the banner of MBN Entertainment Pvt Ltd and distributed worldwide by SCJ Entertainments, is the first-ever attempt by Bollywood to delve into the topic of Ram-Siya Coin, lost in the pages of history.

‘’The film explores the human emotions of greed and how it damages relationships and ruins lives,’’ said actor Vivaan Shah, who plays ragpicker Bandhan in the flick. ‘’Trying to play a kabaadiwala was a fascinating process. We have all observed hatgadi pullers on the road in our life, but to truly replicate the nuances, body language and cadences of a Ragpicker required some focused study and observation,’’ added the actor, who has earlier worked in movies like 7 Khoon Maaf, Bombay Velvet and Meera Nair’s A Suitable boy. Produced by Meena Negi and starring Vivaan Shah, Zoya Afroz and Atul Srivastava in lead roles, the movie will release on the Voot (VIACOM 18) OTT Platform, while its music is available on Zee Music.