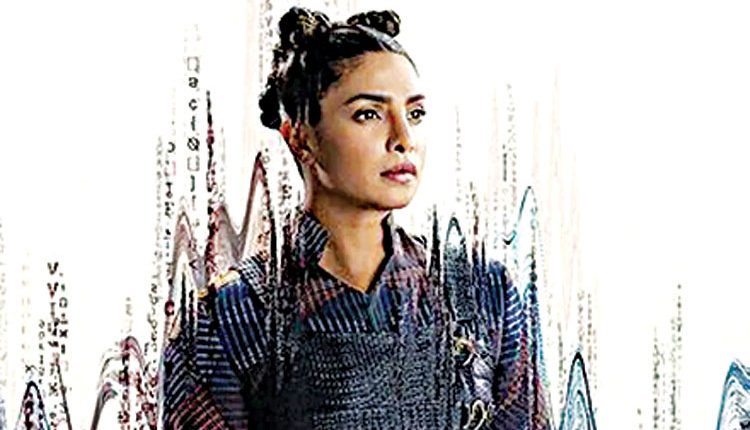 New Delhi, Dec 7 (FN Agency) Bollywood actor Priyanka Chopra Jonas, who has got global recognition for her projects in Hollywood, dropped another teaser of Matrix 4 or The Matrix Resurrections, where she plays the role of Sati. The new trailer of the sci-fi action movie shows the audience that Neo, played by Keanu Reeves, is alive abd has new powers now. He is plugged into the virtual world, living the life of Thomas Anderson. Priyanka, who plays the role of Sati in the film, dropped the trailer on her social media profile. She captioned it, “Remember what is real.

Watch the new trailer for The Matrix Resurrections now – in theaters and on HBO Max 12.22.21. Get tickets with the link in bio! #MatrixMonday #TheMatrix”. The trailer also shows that Trinity played by Carrie Anne Moss, is still alive following her death in The Matrix Revolutions. Neo is reunited with Trinity, and has to resume his fight to save humanity. Priyanka essays the role of Sati, with a wisdom that belies her years and an ability to see the truth, no matter how murky the waters. The Matrix Resurrections is produced, co-written, and directed by Lana Wachowski. The flick also stars Lambert Wilson, Jada Pinkett Smith, Yahya Abdul-Mateen II, Jessica Henwick, Jonathan Groff, Neil Patrick Harris, and Christina Ricci. The Matrix Resurrections is scheduled to have its world premiere in San Francisco on December 18, to be released by Warner Bros Pictures theatrically on December 22. It will also stream digitally on the ad-free tier of HBO Max in the United States for a month beginning on the same date.