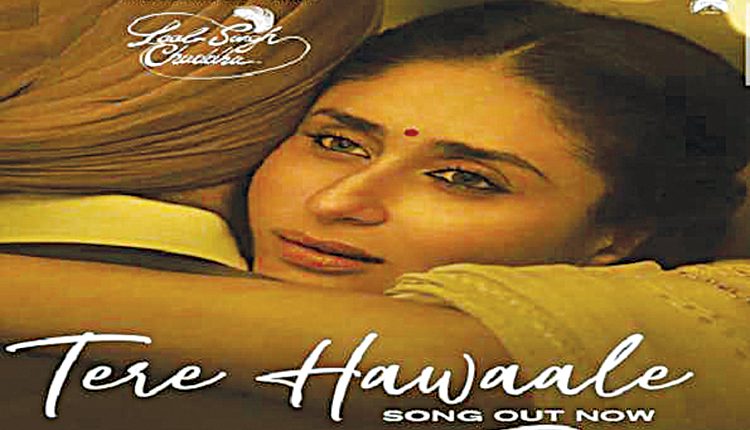 New Delhi, Aug 4 (Agency) The makers of the most awaited film ‘Laal Singh Chaddha’ on Thursday released a new song ‘Tere Hawaale’. Sung by Arijit Singh and Shilpa, composed by Pritam and written by Amitabh Bhattacharya, the song depicts a beautiful tale about surrendering in love and how when in love, two souls become one. ‘Tere Hawaale’ depicts the honest love Laal feels for his beloved Rupa. It highlights the intensity of his love and the longing that comes along with it.

The music of the song is so peaceful and the song is written so well that half of what Laal feels throughout the film is given away by these beautifully jotted lyrics. Arijit’s voice is magical and Shilpa’s voice has taken us on a euphoric ride. Taking to social media, the makers shared, “Surrender yourself to the miracle of love, ‘Tere Hawaale’ #LaalSinghChaddha releasing in theatres worldwide on 11th August”. ‘Laal Singh Chaddha’, produced by Aamir Khan Productions, Kiran Rao, and Viacom18 Studios, also stars Kareena Kapoor Khan, Mona Singh, and Chaitanya Akkineni. The film will be released on August 11.

Agniveer: Stay away from touts; registration for recruitment rally from Thursday: Army