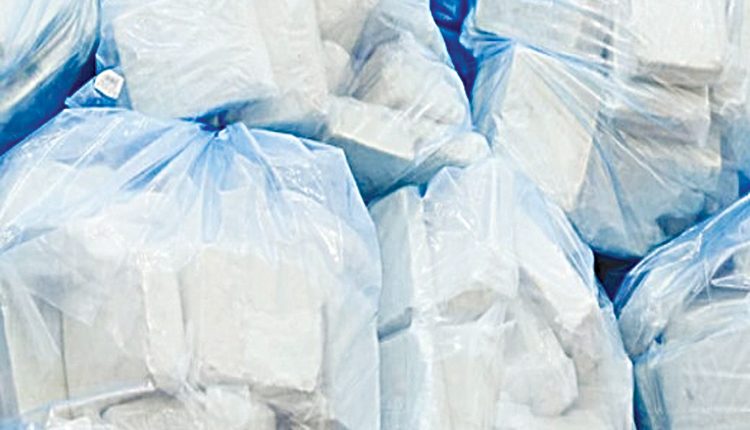 Mumbai, Aug 4 (Agency) The Anti Narcotics Cell (ANC) of Mumbai Police has seized drug worth Rs 1,403-crore from neighboring Nala Sopara town in Palghar district, officials said here on Thursday. The ANC nabbed a person with the 702 kg of Mephedrone from Sitaram Building in Chakradhar Nagar area of Nala Sopara on Wednesday night that is worth Rs 1,403.5 crore, and two suppliers were also arrested. A team led by DCP Datta Nalawade and including ACP Savlaram Agavale and Inspector Sandeep Kale cracked one of the biggest narcotics supply racket.

The latest drugs haul became possible after the interrogation of two other drug peddlers and a woman, who were nabbed by the ANC on March 29 from Govandi in north-east Mumbai. Of those arrested, one was caught with 250 gm Mephedrone valued at Rs 37.50 lakh and the other with 2.70 kg of the same drug worth Rs.4.14 crore in the market. After sustained interrogation, the woman revealed details of two associates — of whom one was picked up late on Tuesday and the fifth was caught with the narcotics consignment on Wednesday . The ANC said among the accused are a couple of qualified chemists with knowledge required to produce the Mephedrone drugs which are in high demand. The group arrested used to seek clients on social media and supplied drugs to them in different parts of Mumbai and surroundings.