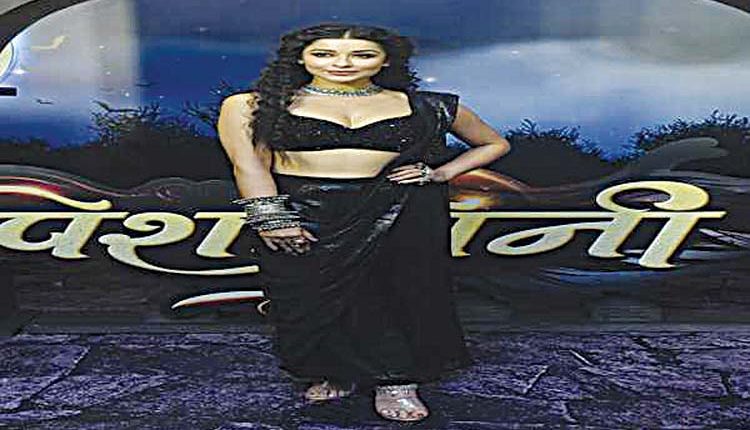 New Delhi, Aug 9 (Representative) After playing a negative lead in ‘Rakshabandhan’, actress Nyrraa M Banerji is back as Rani — the pishachini in the COLORS latest supernatural drama ‘Pishachini’.‘Pishachini’ unravels the tale of a family and their encounter with an evil demoness, Rani. An enchantress, she pretends to be a damsel in distress, but eventually entraps people and devours their souls with her enchanting beauty and dark energies.As her frightening shadow falls on the Rajputs, it is Pavithra (played by Jiya Shankar), who senses her demonic presence and chooses to help the family break free from Pishachini’s evil powers.In a telephonic conversation with UNI, Nyrraa talked about why she chose this show, apprehensions about the role, her journey as an actor, and lot more.Nyrraa said, “I thought I was perfect for it, so I did it.”

About any apprehensions about the role, she said, “Initially yes because before this I played a negative lead, but, the difference here is that the negative lead is the titular role. So I kept that apprehension aside, and I thought about working with COLORS, and my favourite genre that is supernatural. So I had to play this.” What is her take on supernatural dramas and their portrayal on TV/films, Nyrraa said, “I think it’s pretty interesting and at the same time I feel that they could experiment with more different type of concepts. “I believe whenever they (makers) try as audience is kind of trained in watching similar kind of content, so when certain people try and experiment they don’t get the TRP’s. It’s really sad but I really feel that there will be day when people will appreciate your content and they will bounce back.” The ‘Divya Drishti’ fame actor talked about the aspects she keeps in mind before signing any project. “A good role— so that I have a lot to contribute to. Secondly, a good channel that will help me reach out masses.

Thirdly, time slot— though it’s not in my hands, but it is important.” If she is a director’s actor, the 35-year-old actress said, “I am kind of a director’s actor, but if I am an actor, it’s my duty to also contribute something that is special of mine, my USP. I use my own uniqueness, create my own personality, but I try to keep my performance in line with the director’s vision.” Nyrraa has also done Telugu, Hindi and Kannada films like ‘Aa Okkadu’, ‘Kamaal Dhamaal Malamaal’, ‘Tiger’ among others, talked about her journey and whether it was a cakewalk. “No journey is always a cakewalk. There are ups and downs. There are time differences, there is something about timing and stars also. Today, after so many years in spite of doing so many movies, I am very popular on the TV business and in OTT, so it’s all about the timings, wherever God thinks I am better at entertaining,” she said.

The ‘Excuse Me Maadam’ actress said she wants to play something in uniform. “My dream role is to play a military officer. My father was a commander in Indian Navy, so I want to play something like that. Or a lawyer and a doctor.” Nyrraa also said that the Instagram trends that is prevalent in the industry is very ‘annoying’.On what can audience look forward to from the show, she said, “a beautiful ‘chhalava’ who can destroy you with her beauty and wit. It’s a beautiful story, a fantasy drama. You will be entertained because of the fantasy vibes. “And at the same time you will see a lot of romance, comedy, fights, stunts that I am going to do— basically all the antics of pishachini.” Produced by MAJ Productions and Shakuntalam Telefilms, the show will star Harsh Rajput as Rakshit besides Jiya and Nyrraa among others.Watch ‘Pishachini’, Monday to Friday at 10 pm on COLORS.