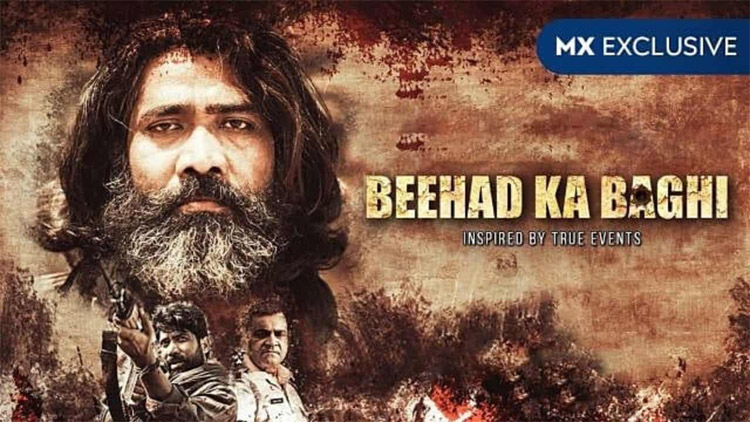 Mumbai, Dec. 14 (Agency) MX Player has released its latest web-series after the super success of Aashram Chapter 2. The new series titled ‘Beehad Ka Baghi’ has a debutant actor Dilip Arya essaying the lead character of Shiv Kumar Patel aka Dadua, a dreaded dacoit of Bundelkhand. The web series available in multiple Indian languages, has been able to attract a lot of viewers and people are appreciating the narrative as well as the the performance essayed by Dilip. The series has crossed 24 million views in just a short span of time.

Dilip’s performance has been loved by the audiences and the critics alike, which shows his talent as a great performer and artist. Coming from a small village Amauli in Fatehpur, Uttar Pradesh where his father worked as a mason, Dilip’s story to tinsel town has been of grit and perseverance. “After my father passed away at the age of 11, I didn’t lose my spirit and started doing menial jobs while my mother worked as a farm labourer. Later, to earn a better living, I joined a tailoring shop and kept my studies going,” says Dilip, reminiscing his childhood days.