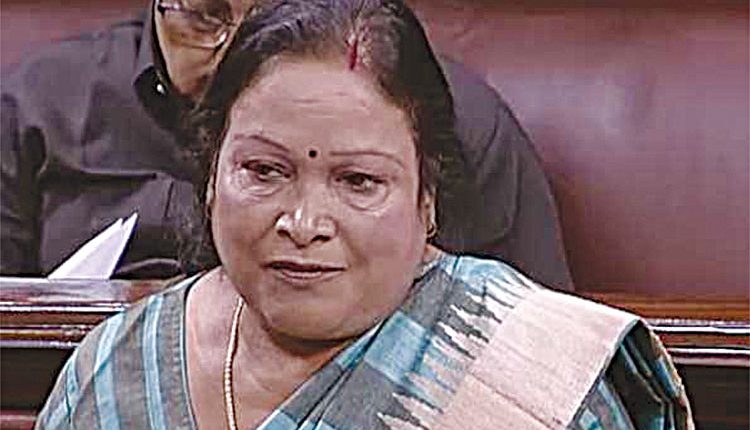 Agartala, Jan 20 (Agency) CPI(M) Rajya Sabha MP from Tripura Jharna Das Baidya sought intervention of the Chairman of upper house and Vice President M Venkaiah Naidu for her security following an attack in broad daylight on January 17 last in Agartala. However, soon after lodging complaint with Rajya Sabha Chairman, police yesterday arrested two persons identified as Nandan Acharjee and Tanmoy Saha from Amtali area of South Agartala and forwarded them to court seeking police custody. “We are investigating the motive behind the attack on MP and her personal guard (PG) and destroyed the properties in the house. Also, we are in the job to find out others had been involved in the crime,” OC Amtali police station Siddhartha Shankar Kar claimed adding that nobody will be spared and dealt with in all seriousness.

The MP alleged that a group of BJP cadres suddenly attacked her in the house and although she managed to escape the violence, her PG and two other party men present there received injuries. The miscreants destroyed properties in the house and ransacked the households. “Despite informing police immediately, they did not turn up and helped the miscreants to run away. Even after registering specific complaints, police did not take any action until I took up the matter with the Chairman of Rajya Sabha. It is clear now police will not take any action against the criminals unless the incident is reported to Delhi and when an MP is attacked, one can understand the situation of Tripura,” Baidya told media. She wrote to Naidu alleging inaction of police and the state government against the increasing attacks on the opposition party workers and leaders across Tripura and she sought urgent measures to protect her life. The MP had gone to CPI(M) party office at Badharghat after hearing the incident of attack there. She was allegedly chased by the cadres and when she had returned home, the miscreants attacked her house; the letter stated adding that law and order of Tripura has reached a critical level under the present government.

Power is not to rule but to serve humanity: Farooq