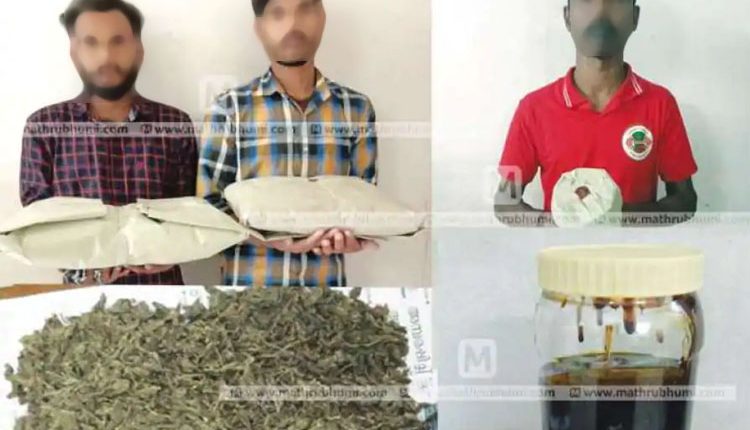 Hyderabad, Dec 29 (Agency) The city police have arrested three drug peddlers and seized 1.5 litres of Hashish Oil and three mobile phones, all worth Rs 4.8 lakhs from them. Acting on specific information, the sleuths of Special Operations Team (SOT), Malkajgiri Zone along with Saroornagar Police apprehended three drug peddlers–Chintha Sandeep of Yousufguda, Shinde Saicharan of Yousufguda and Yapa Naveen Sagar of Film Nagar on Monday when they were trying to sell Hashish oil, a police release here said on Tuesday. Since the selling of Ganja is becoming more difficult, instead of transporting the Ganja, the ganja peddlers used to sell the Hashish oil to the needy customers as it facilitates them for easy transportation from Visakhapatnam agency area.

The drug peddlers sell the Hashish Oil to the customers at Rs 3000 per 10 ml, which the customer mixes it with the filtered tobacco, subsequently fills in the Cigarette and then consumes. Since the purchasing of Hashish oil became expensive, the accused planned to purchase it directly from the actual suppliers at Araku agency area for self-consumption, as well as to sell it to the needy customers. The accused purchased the Hashish oil Araku of Andhra Pradesh at the rate of Rs 20000 per litre and sold the same in Hyderabad at Rs 3000 per 10 ml, the release added.