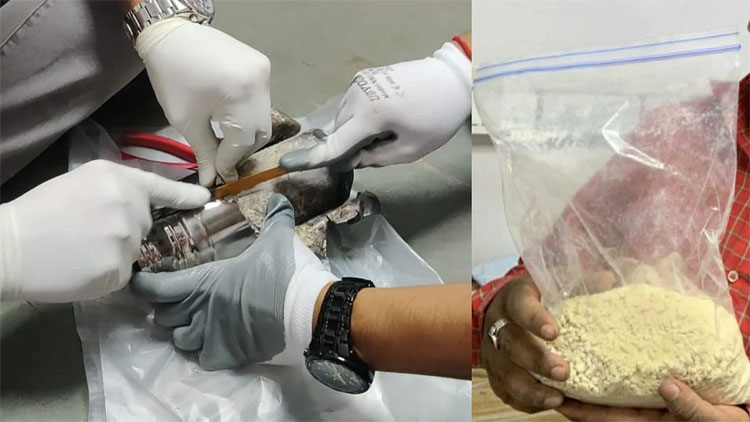 Mumbai, Dec 29 (Agency) Heroin worth Rs 1.5 crore has been seized from an international courier facility here, the Directorate of Revenue Intelligence(DRI) said on Tuesday. Smuggled from Ladysmith in South Africa, the contraband was destined to Vikhroli suburb, it added.

Acting on specific input, a team of DRI officers on Sunday walked up to the international courier facility located in Andheri. The checking of the suspected consignment led to the discovery of baby clothes and two stainless steel flasks, DRI stated. Upon close scrutiny, it was found that the flasks have been tampered with and heroine was concealed in the inner and outer walls of the flasks, it apprised.

In the past one and a half months, this is the eighth seizure of narcotic drugs and further probe into the matter is underway.