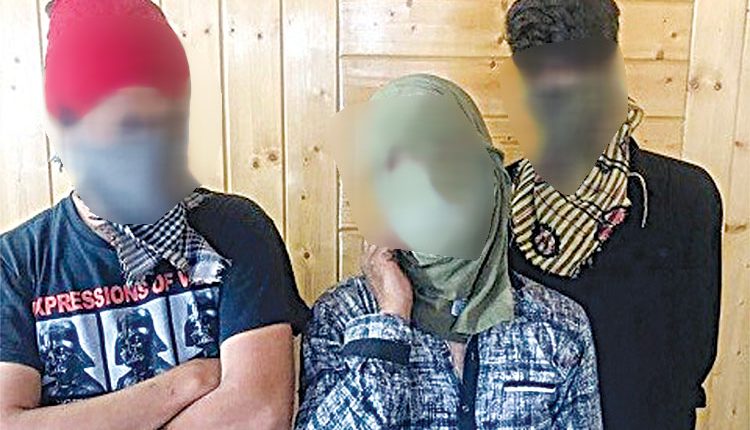 Srinagar, Jan 15 (Agency) Jammu and Kashmir police on Friday arrested three drug peddlers and recovered contraband in Kashmir valley. A police spokesperson said during the course of investigation in a case related to drug trafficking, a police team raided a particular area at Ladoora Rafiabad in Baramulla. “During the raid, police arrested Imitiyaz Ahmad Mir and recovered 12 bottles of Codeine Phosphate and eight strips of Spasmoproxyvon Plus,” he said. Meanwhile, he said following specific information a checkpoint was established at Peerpora near Qamaria Ground in central Kashmir district of Ganderbal.

“Police arrested a drug peddler at the checkpoint and during checking recovered 900 gms of bung powder and Rs 2,40,500 cash,” he said. In another incident at the same place in Peerpora, police intercepted a suspicious person at the checkpoint. “During checking, police recovered 3 kg of bung powder from him,” he said, adding the accused, identified Bashir Ahmed Khan, was immediately taken into custody. He said cases in all the incidents have been registered and further investigation has been initiated.