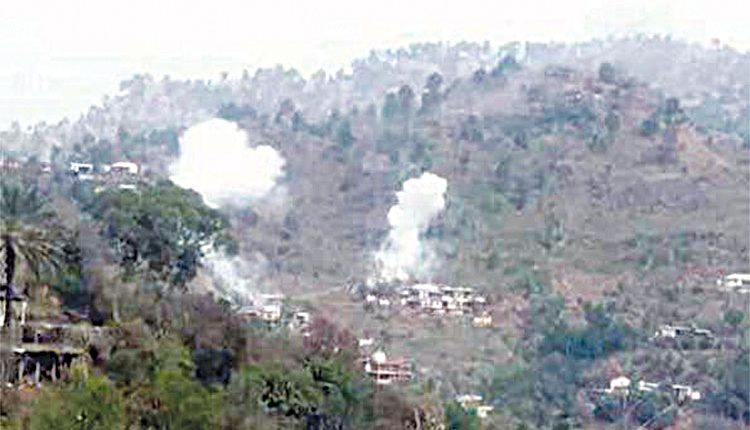 Jammu, Jan 15 (FN Bureau) Pakistan troops violated the ceasefire more than 5,000 times along borders in 2020 across the Union Territory of Jammu and Kashmir. As per official data issued on Army Day, Pakistan in 2020 violated the ceasefire by starting unprovoked firing along the Line of Control and the International Border as many as 5,246 times as compared to 2019 in which the ceasefire violations figure was 3,824 times.

“In 2020, the ceasefire violation was much higher compared to 2019,” an Army official here said. He said that out of frustration, Pakistan has been initiating unprovoked firing along the border especially after the abrogation of Article 370 in 2019 by the government of India. Meanwhile in 2020, security forces eliminated 221 terrorists as compared to 152 terrorists in 2019. In 2020, security forces apprehended 47 terrorists, as compared to 43 in 2019. Moreover,11 terrorists surrendered in 2020 as compared to 3 in 2019. An Army official further said that the Army in 2020 and 2019, eliminated and foiled infiltration bids a total of ten times, adding that assessed terrorists strength in 2020 was 274, which was 421 in 2019. Moreover, the official said the strength of the terrorists at the various launching pads, in 2020, was between 294 to 336 a compared to between 520 and 556 in 2019.

700 healthcare workers to get vaccinated