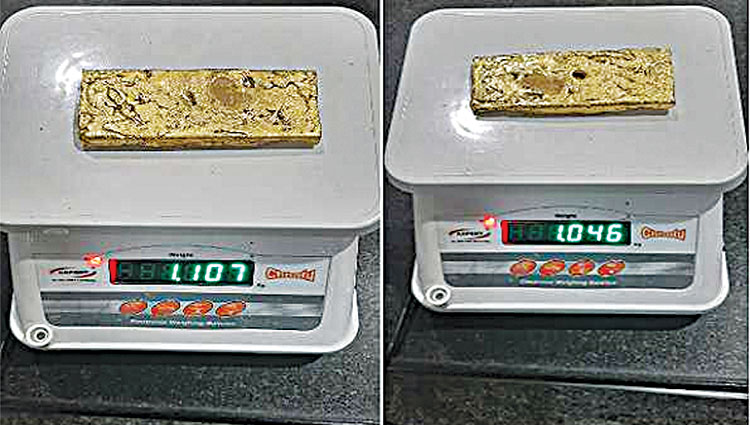 Mangaluru, Jan 15(Agency) Customs officials at Mangaluru International Airport (MIA) on Friday arrested two people and seized gold worth about Rs 1.09 crores from them. Official sources said on Friday that based on intelligence and profiling of passengers, customs sleuths intercepted two people identified as Faizal Thotty Melparamba (37) and Mohammad Shuhaib Mugu (31), both hailing from Kasargod, Kerala and had arrived from Sharjah by an Air India flight. When a personal search of both the passengers was carried out it was found that the duo had concealed the gold in paste form in their underwear.