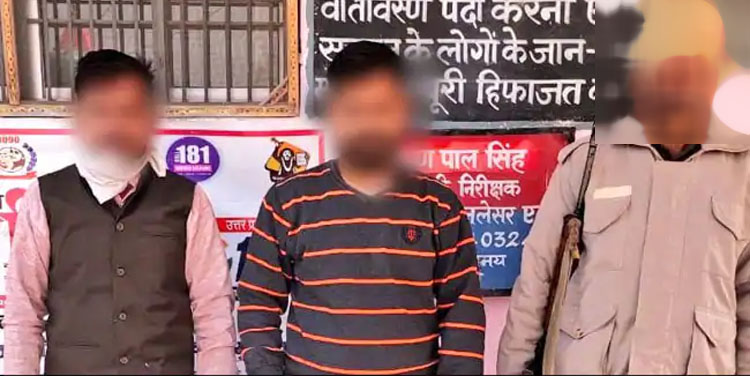 Azamgarh, Dec 22(Agency) Uttar Pradesh police has arrested three people here in connection with forced conversion. The incident had come to light on Sunday last but the arrests were made on Tuesday, police here said. After arresting around seven people under different sections of the new Ordinance of the government to prevent Love Jihad, this was the first time that people were arrested for forced conversion.

Police said that the incident of forced conversion was reported from Didarganj police station area where people were paid to embrace another religion last Sunday. The incident took place at Dih Kaithauli village when several people were attending a religious function at a person’ house . Someone complained to police about it to the police and later 3 people, reported to be dharam pracharak were arrested. They were identified as Balchand of Jaunpur, Gopal Prajapati of Varanasi and Neeraj Kumar of Azamgarh.