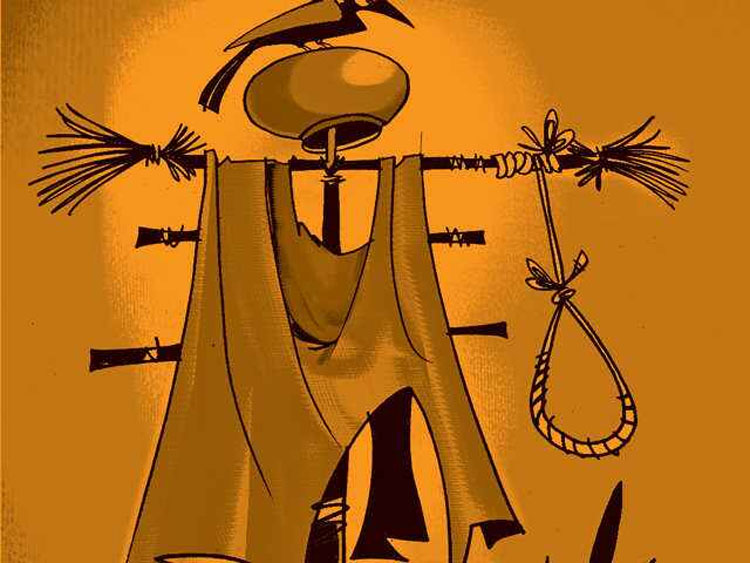 Guntur, Dec 22 (Agency) A tenant farmer attempted to commit suicide by stabbing himself with a knife at his field over a land dispute at Potumarru village in Vemuru Mandal on Tuesday. Police said the tenant farmer Salim had taken 7.4 acres of land on lease from one Padmavati and cultivated paddy crop. However, a person, Shiva Reddy has claimed that Padmavati’s husband sold the land to him in 2012 and he approached the Court in this regard. The Court has issued order that the paddy crop, raised by Salim in the disputed field, should not be harvested till further orders were issued.

The Mandal Revenue Officer (RO) has issued notice to both the parties in this regard. Salim released a selfie-video stating that he would commit suicide if he was prevented from harvesting his crop in the disputed land. When the police reached the field today, Salim inflicted injuries on stomach with a knife. He collapsed with bleeding injuries. The police shifted him to a hospital in Tenali where he is undergoing treatment.