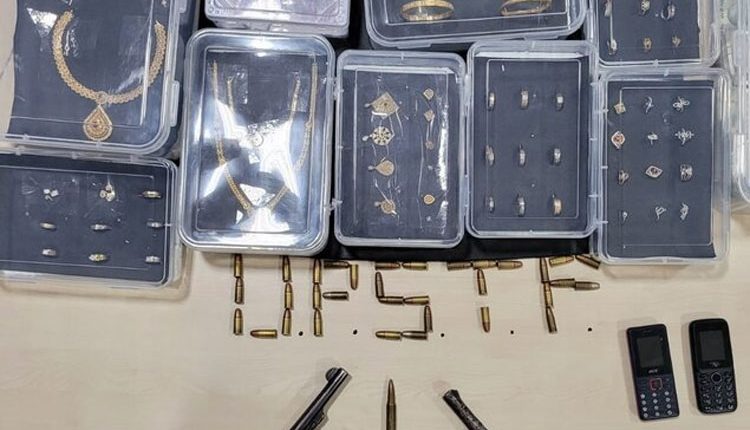 Thane, Jan 28 (Agency) Three accused involved in the armed dacoity at a jewellery shop at Mira Bhayander have been finally traced to Lucknow and arrested on Wednesday the police at MBVV Police commissionerate said. The Sr. PI with the LCB Jitendra Vankute told this correspondent that they had received confirmation of the arrest of the trio who were among those who carried out a dacoity and looted jewellery worth Rs. 1.54 crores. He said that a serious offence of armed dacoity was registered under IPC 395,394,34 of PS Nayanagar in Mira Bhayander Vasai Virar Police Commissionerate, on January 07,2021, wherein precious gold and diamond ornaments worth 1.54 crore Rupees were looted in broad daylight from S. Kumar Jewellery shop on gunpoint carried by the unknown accused persons.

Three Teams of Mira Bhayandar Vasai Virar Crime Branch and Local Police Stations were continuously analyzing large number of available video footages nearby the crime scene. Details of the accused were shared with Special Task Force Team of Lucknow and Varanasi. As accused were hiding at various places in Jaunpur,Varanasi, Azamgarh, Ghazipur and Lucknow, Crime Branch Team of MBVV Comm.and STF UP were tracking them continuously.