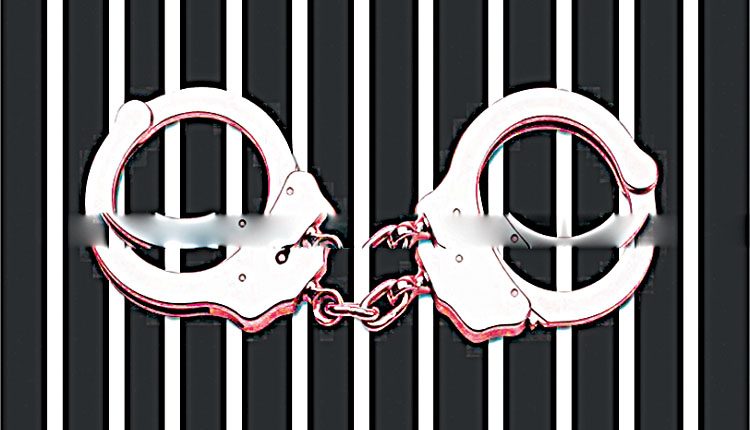 Thane, Jan 7 (Agency) Officials of the Crime Branch of Bhiwandi unit of the Thane city police on Wednesday arrested three persons and claimed to have solved the case of attempt on the life of the Shiv sena Sakha pramukh and his wife who were contesting the Gram Panchayat elections from Kalher of Bhiwandi slated for January 15 the police said. Additional Commissioner of Police Crime sanjay Yenpure told newsmen today that it was on January 03, at around 00.05 two persons came in a black motorbike and fired at the Shiv Sena Shakha pramukh Deepak Mhatre and his wife Mangala Mhatre, at kalher of Bhiwandi. The accused fired three rounds on the couple and attempted to kill them as they were contesting the Gram Panchayat elections.

The couple ducked the shots and were saved, and an offence under section 307 rw 34 of the IPC and also Arms Act was registered with the Narpoli police station of Bhiwandi division. Sr. PI Ashok Honmane of the Bhiwandi crime branch gave the names of the arrested as Vicky @ Sonu Prakash Mhatre, 25, dumper driver, Pratam Kishore Bhoir, 20, and Vaibha Vijay Bhokare, 25. He said that they were arrested at around 15.30 p.m. today and will be produced before the magistrate for a remand. He said that the shoot out was the result of the couple contesting the Gram Panchayat elections.