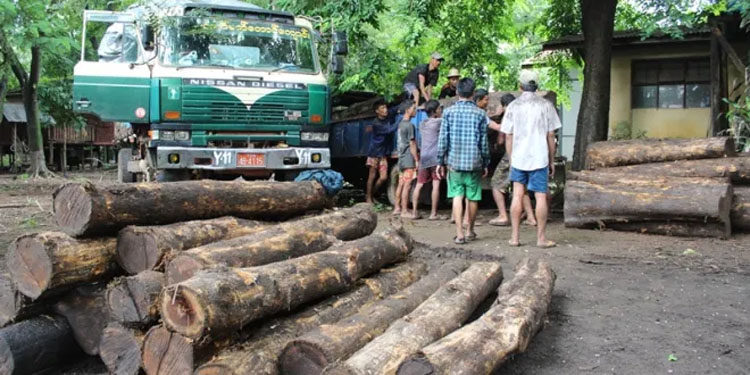 Nashik, Dec 23 (Agency) Ten tonnes of timber was seized while three persons were arrested here on Wednesday for allegedly smuggling the woods procured from trees axed illegally. The trio accused have been identified as truck driver Vishnu Bhagwan Kadale, his aides Kakad Gavit and Bapu Sita Dalvi. Acting on a tip-off, a team of the Ghoti Forest Rangers intercepted the truck but the accused got suspicious and began to speed away. But, the forest team chased them and apprehended the trio near the Garware point, stated Forest Ranger Praveen Damale. The checking of the truck led to the discovery that 80 trees of Saada, Jambhuli and Kinnai species were felled to smuggle these woods, he apprised. The vehicle has also been seized and it came to fore that the deforestation took place in a privately-owned area, officials told. Further probe is on.