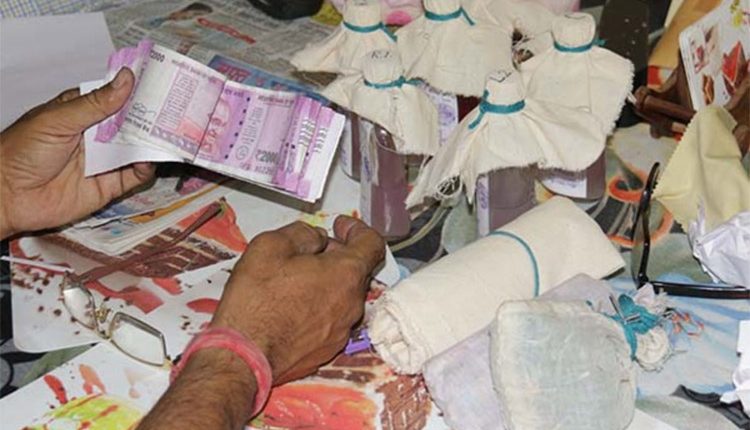 Nanded, Feb 25 (Agency) The divisional inspector of the State Excise Department Subhash Khanderay walked in a trap laid by the Anti Corruption Bureau (ACB) and caught red-handed while demanding a bribe of Rs 1 lakh from a complaint to verify and send the proposal of transfer of licence of a bar, in Biloli tehsil of the district, on Tuesday.

The accused Khanderay working in the capacity of the divisional inspector of the State Excise Department at Biloli tehsil demanded a bribe of Rs 2 lakh from a complaint to verify and send the proposal of transferring Maratha Bar, located on the Narsi-Naigaon road to the government to sanction on his name. On negotiation, he agreed to accept Rs 1 lakh. The deal was done in the presence of the witness, hence the officials of the ACB lodged a complaint on February 1 with the Ramteertha Police in Biloli tehsil under section 7 of the Prevention of Corruption Act, 1988. The action was undertaken by the police inspector (ACB) Rajesh Puri and his staff under the direction of the superintendent of police ACB Kalpana Bawarkar, additional SP Archana Patil and deputy SP Vijay Dongre.