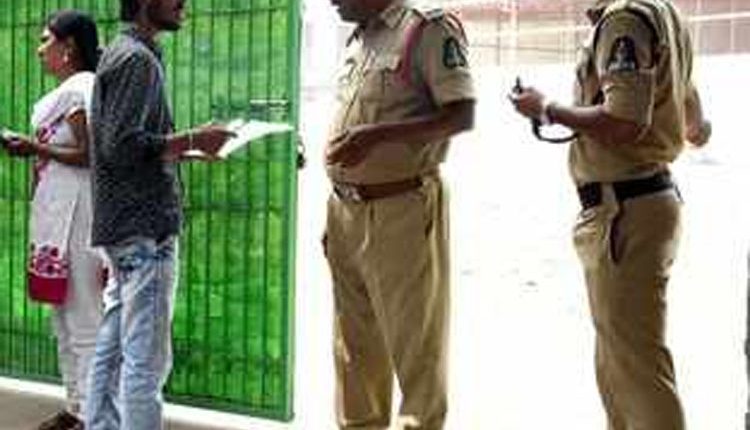 Bengaluru, Nov 23 (Representative) Six policemen were caught for impersonating candidates appearing for written exam to recruit constables for the Karnataka State Reserve Police (KSRP) and Indian Reserve Battalion (IRB). DCP (West) Sanjeev M Patil said on Monday that the accused Nagappa Pavedeppa, a constable attached to the Sringeri police station and Mallikarjuna Babalannavar were caught separately in two examination centres in the West division on Sunday. They had applied for leave to come to Bengaluru to impersonate.
While the exams for KSRP and IRB constable positions were taking place in 8 centers across the State. The department for recruitment and training held the exam for 17,940 constables at 36 Centers.

Investigation has revealed that the candidates had booked hotel roomsfor the impersonators who agreed to appear on their behalf for a fee. But invigilators arrested them at the exam centre before they collected the fee. Police took the accused into custody for further investigation.