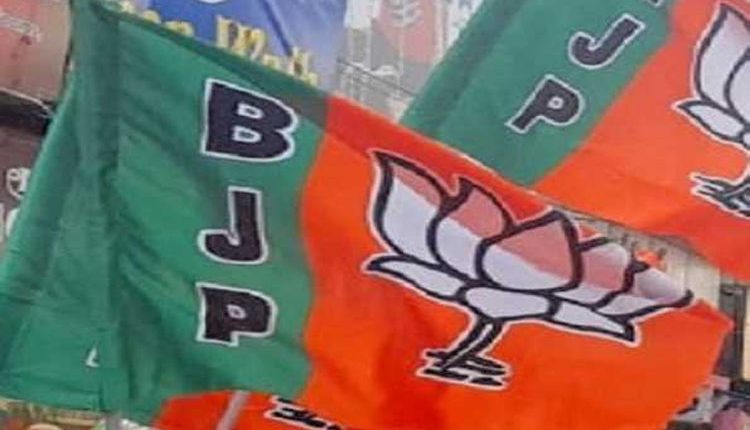 Malappuram, Nov 23 (Agency) Upsetting all election tradition of the state, the Bharatiya Janata Party has been successful to get two Muslim women into their fold and they will be the party candidates to contest in the forthcoming local body election from Wandoor an Ponmudam gram panchayats in Kerala. It is for the first time ever that women from the Muslim community is contesting in any election on the BJP’s ticket.
This unprecedented entry of Muslim candidates as BJP nominees has been a shot in the arm for the party cadres in the Muslim-predominant Malappuram district. While T P Sulfath is contesting from ward 6 of Wandoor gram panchayat, Ayisha Hussain is contesting in ward 9 of the Ponmudam gram panchayat. The candidature of Sulfath and Ayisha has helped BJP to be in the fray in the election in Malappuram, the fortress of Muslim community. Despite the fact that BJP has no big base in the IUML bastion of Malappuram district, the candidature of the two Muslim women would matter much to the National party who has been making strategic moves in attracting Muslim community to the party to negate its popular image of a Hindu-oriented organisation.

While the progressive policies that made the fortunes of the Muslim women in the country change for better made Sulfath attracted to the BJP, Ayisha Hussain has political affinity towards the BJP through her life partner, who is an active worker of the party. Sulfath feels that the recent policies by the Modi Government including the banning of triple talaq and rising the age for women for marriage from 18 to 21 has substantial effect on the welfare of the Muslim women in the country. Sulfath who got married at the age of 15 felt that banning child marriage would relieve Mulsim teens from the pain and miseries of getting married early. An ardent supporter of Prime Minister Narendra Modi, Sulfath wanted to demonstrate her passion towards progressive policies that would rescue very many Muslim teenage girls from traditional compulsions with respect to marriages and divorces. Though Sulfath wished good education and a Government job for her, an early-age marriage put a full stop to her studies in her X th standard. Actively engaged in the family business of automobiles and real estate business, Sulfath is hoping an upset win in her ward, thanks to silent but moral support she has from the young Muslim voters.

Ayisha Hussain has been attracted to the BJP through her husband Hussain, who is an active member of the Minority Morcha, an arm of the BJP. Mother of a ten-year old girl, Ayisha supports the pro-Muslim women progressive policies introduced by the Narendra Modi Government. Ayisha’s husband Hussain Varikottil is also contesting on BJP tickets from the Edarikode division of the Malappuram district panchayat. Though several male candidates belonging to the Muslim community are in fray representing the BJP in the civic elections, there are only two women candidates from the community contesting as BJP candidates with Lotus symbol in the state.