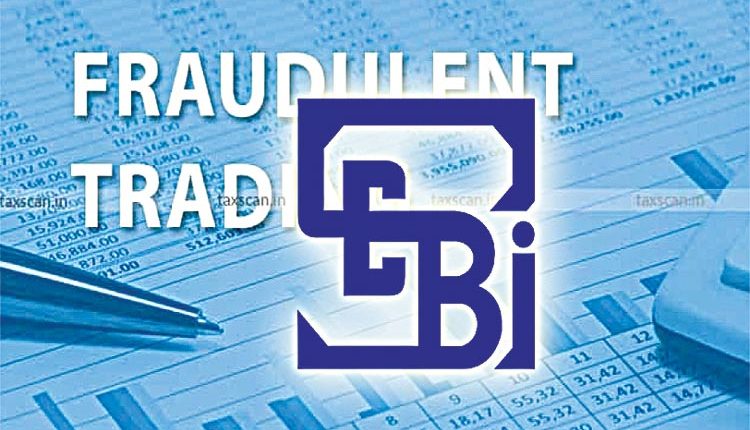 New Delhi, Mar 30 (FN Representative) Markets regulator Sebi on Tuesday slapped a total fine of Rs 10 lakh on nine individuals for indulging in fraudulent trading in the scrip of Pyramid Saimira Theatre Ltd back in 2008. The fine imposed on the individuals are to be paid jointly or severally. The regulator had conducted an investigation into the scrip of Pyramid Saimira Theatre Ltd (PSTL ) during the period from June to December 2008.

During the probe, it was found that as per media reports published in December 2008, the regulator had directed one of the promoters of PSTL, P S Saminathan, to make an open offer for an additional 20 per cent stake at a price of at least Rs 250. Media reports led to an increase in the share price of PSTL on December 22, 2008. However, PSTL informed exchanges that it had not received any communication from Sebi regarding the media reports on open offer. The next day Saminathan told exchanges that he had received an alleged letter from the regulator. Thereafter, Sebi, through a press release, clarified that no such letter was issued by it.

Sebi had also lodged an FIR in this regard. Later, it was revealed that forgery was done to manipulate the stock price of the firm and that Nirmal Kotecha, one of the promoters and the then largest shareholder, was one of the major beneficiaries of the manipulation and appeared to have masterminded the forgery. Pending investigation, Sebi had issued an interim order in April 2009 directing 257 entities and their proprietors/ partners/ directors who prima facie appeared to have played a role in the forgery of the Sebi’s letter not to deal in the securities market till further directions. It was further observed that several entities directly and indirectly related to Kotecha had bought and sold the shares on exchanges and entered into circular trades, synchronised trades, reversal trades and self trades, among themselves to manipulate the shares of PSTL.

The individuals were the part of entities who were involved in the manipulation in the scrip of PSTL. While issuing the directions, the watchdog also noted that in March 2018, it had directed the noticees (individuals) to disgorge the profit amount of Rs 22.69 lakh along with 12 per cent interest per annum from December 22, 2008 onwards. Further, Sebi said the direction in the nature of debarment and the disgorgement that has already been passed against the noticees herein as a relevant factor in deciding the quantum of penalty. ‘The matter pertains to the year 2008 and I have considered the time taken for concluding the present proceedings as a mitigating factor,’ Sebi’s Adjudicating officer Vijayant Kumar Verma said while imposing the fine. According to another order passed on Tuesday, the watchdog imposed a fine of Rs 7.63 lakh on Hemant Patel for indulging in insider trading in the shares of KLG Capital Services Ltd.

It was observed that an entity — Awaita Properties Pvt Ltd (APPL) — had acquired shares of KLG through market transactions that led to an increase in the shareholding of APPL in KLG. Thereafter, APPL made a public announcement on March 3, 2008, to acquire another 20 per cent shares of KLG. Sebi observed that the information pertaining to acquisition of KLG by APPL was Unpublished Price Sensitive Information (UPSI) till February 28, 2008. Patel, who was the Whole Time Director of KLG, had access to the said UPSI by virtue of his position connection and interaction with the promoters of KLG, the merchant banker and broker of APPL at the relevant point, the regulator noted. Patel had traded for himself and also on behalf of Hemant Patel HUF in the shares of KLG while in possession of the UPSI and also passed on UPSI to other persons who executed trades on the basis of such UPSI, thereby, violating the insider trading norms. In a separate order, the regulator imposed a fine of Rs 2.5 lakh on ACML Capital Markets for misusing clients’ funds, among other violations. Separately, Sebi on Tuesday slapped a fine of Rs 2 lakh on Ozone Projects Pvt Ltd for making delayed disclosures regarding the financial results of the company for year ended March 31, 2019.