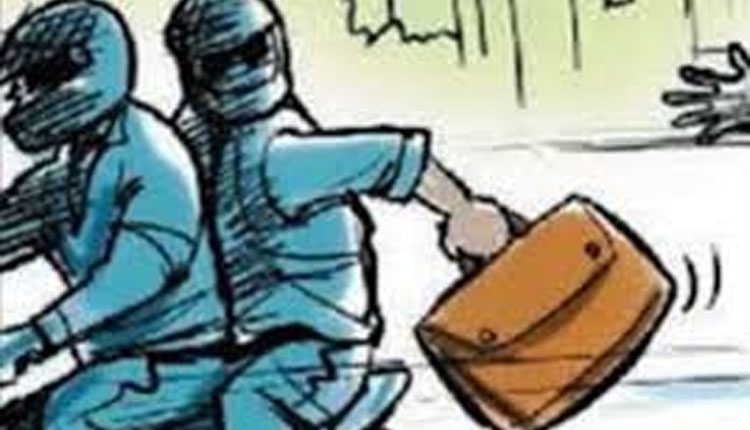 Begusarai, Dec 17 (Agency) Armed criminals looted Rs 6.65 lakhs from a branch of IDBI Bank under Virpur police station area in Begusarai district today. Police said here that 5 armed criminals barged into IDBI Bank at Lakshmipur village and looted Rs 6.65 lakhs from its cash counter. They managed to escape from the spot with looted cash, displaying firearms in the air to scare away those trying to chase them, police added. Police Superintendent Awakash Kumar reached on the spot soon after receipt of the incident and started investigation himself. He also watched video footage of the incident recorded in CCTV cameras installed in the bank. Raids were being carried out to nab criminals and recover the looted cash from them, police added.