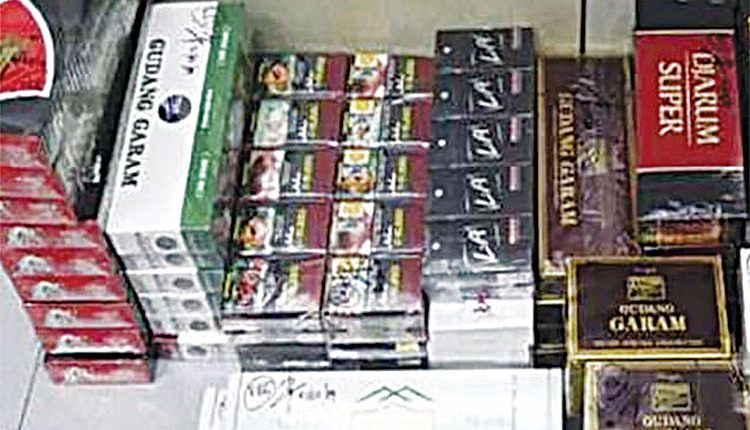 Thane, Mar 1 (FN Agency) The Directorate of Revenue Intelligence has seized more than 21 lakh cigarettes worth Rs 4.75 crore that were allegedly smuggled into India in an import consignment from Dubai, it was stated on Sunday. Acting on a specific intelligence, a team of DRI, Mumbai identified the suspected consignment and intercepted it at a container freight station near Nhava Sheva Port recently, an official release said.

Upon examination of the imported consignment, the DRI team recovered total 21.60 lakh cigarette sticks of Gudang Garam worth Rs 4,75,20,000. This seizure was fifth in a series of major seizures of cigarettes smuggled into India in last two months, including three at Jhattipur near Panipat and two at JNPT Nhava Sheva, Mumbai. In these five cases, almost two crore cigarettes and cigars of foreign origin, worth Rs 30 crore have been seized. Though no arrest has been made so far, DRI has some leads about the persons involved in this smuggling racket, the release added.