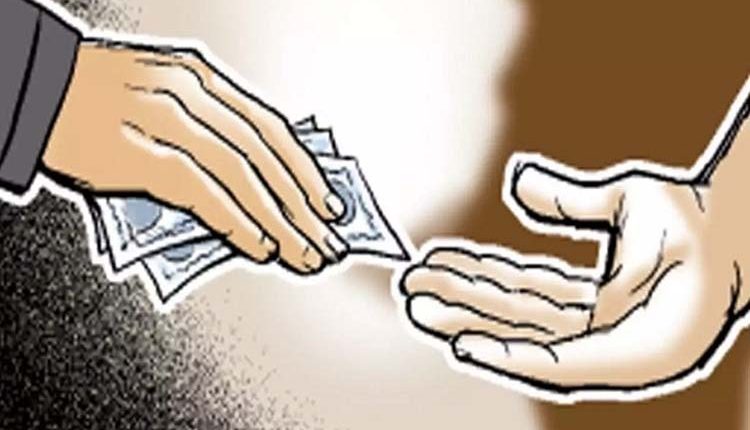 Nagpur, May 18 (Agency) A Police Sub-Inspector (PSI) and a constable attached to Kuhi police station, were caught red-handed by the Anti-Corruption Bureau (ACB) while accepting a bribe of Rs 5,000, an ACB official said here on Tuesday The arrested accused include PSI Bharat Ramesh Thite (30) and Constable Amit Shankar Pawar (28). According to the ACB official, the complainant runs a Dhaba on Umred Road and is a resident of Chitnis Nagar of Tajbag. Thite was in-charge of Panchgaon beat of the police station. On May 12, Diesel was being stolen from the tipper of DP Jain Construction Company in Pachgaon area.

The manager of the company had complained to Kuhi police against tipper driver Deepak Ingale, a resident of Sai Nagar, Umred Road and the police had registered a case of theft against the driver. The investigation of the case was handed over to PSI Thite who arrested Deepak. In the one-day police custody, Deepak told the police that he had sold the diesel to the Dhaba owner, who was later arrested under Section 411 of IPC for purchasing stolen goods but he was not taken into police custody and got bail from the court. Meanwhile, Thite allegedly demanded a bribe of Rs 10,000 to the Dhaba owner to settle the case. However, the owner of the Dhaba approached ACB and lodged a complaint against the PSI. After verifying the demand, the ACB officials laid a trap on Monday . The Dhaba owner went to the Pachgaon police post and gave Rs 5,000 as first installment of bribe and constable Pawar accepted it. The ACB team quickly came into action and nabbed him red-handed. He was arrested with PSI Thite and a case was registered against them under the provisions of Prevention of Corruption Act at Kuhi police station.