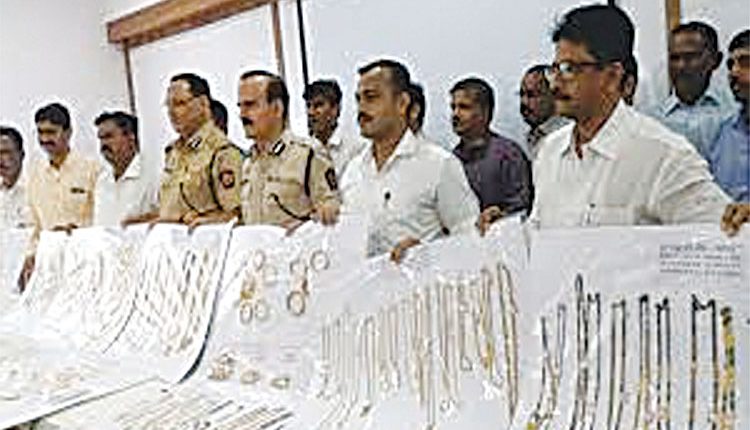 Bengaluru, Feb 15 (Agency) Police have nabbed four people at two different places and recovered from them stolen articles worth about 26 lakhs in the City. Police said on Monday that in the first incident Manju was arrested and Rs 20 lakhs worth 389 gram gold was recovered from him. He had broken open the main door lock and robbed the gold when inmates were away in Kengeri Police station limits. In the second incident police nabbed Vignesh, Suresh and Donesh and recovered from them stolen Rs 6.05 lakh worth gold ornament stolen from a house in Kengeri Police Station limits. The arrested were produced before the judges and they were remanded to Judicial custody.

Two booked in cruelty to animals case in Thane